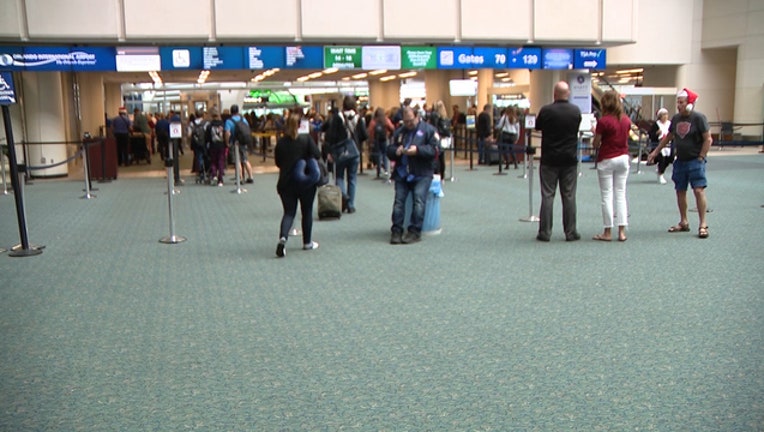 ORLANDO, Fla. (FOX 35 ORLANDO) - The Orlando Police Department (OPD) is crediting two of their officers for helping to save the life of a veteran who was traveling through Orlando International Airport on Memorial Day.

Shortly after 10 a.m., Master Sgt. Walter Roberson and Officer Dennis Phenix were on patrol in the Hyatt Atrium at the airport, when they saw a man suddenly collapse.  It was determined that the 73-year-old man had a heart attack, according to a spokesman with the police department.

Roberson began performing CPR as Phenix took off to retrieve an automated external defibrillator. Phenix applied two shocks of the defibrillator, before an Orlando International Airport Fire Rescue team arrived and took over medical procedures.  The man was successfully revived.

"Fittingly, this occurred on Memorial Day and the guest served in the Air Force for four years. He is also a retired police officer from Maryland," said said OPD spokesman Sgt. Eduardo Bernal. "I want to take this moment to congratulate Master Sgt. Roberson and Officer Phenix on a job well done!"

The guest was taken to an area hospital for further treatment, Bernal said.