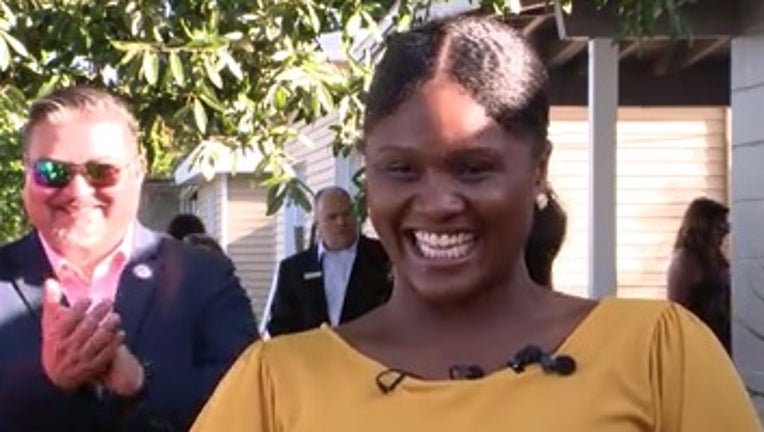 ORLANDO, Fla. - A veteran received the keys to her new home in Orlando.

Escorted by the honor guard, Staff Sgt. Nikita Wilson drove up to people cheering in front of her new home.

With keys in hand, she walked inside unable to hold back tears.

Escorted by the honor guard, Staff Sgt. Nikita Wilson drove up to people cheering in front of her new home.

Taking in all of the features, furniture and care. The dining room, kitchen and bedrooms all newly renovated just for her.

“It’s so peaceful and beautiful,” Wilson said. “They captured what I had in mine just right.”

In honor of her military service, the was house donated mortgage-free by the Veterans Association of Real Estate Professionals in partnership with Bank of America.

“This is something I don’t ever have to think about again,” she said. “No notices on the door. No question about whether I’m gonna be able to pay it this month.”

She also served as a victim advocate with the Sexual Harassment/Assault Response and Prevention Team (SHARP).

Now as a veteran, she works as a peer care coordinator for a crisis center in Florida.

She said with this new home, she will now have more time to pay it forward.

“I got to learn a lot about myself,” Wilson said of her military service. “That’s why I actually discovered that I had a heart to serve and that I wanted to help people in their hardest moments.”

Wilson now joins the more than 2,300 veterans who have benefited from Bank of America’s efforts to revitalize communities and support the housing needs of those who have served and sacrificed for our nation.