Demings talks about her role as House manager in Trump impeachment

ORLANDO, Fla. - On Wednesday, House Speaker Nancy Pelosi named U.S. Rep. Val Demings as one of seven impeachment managers who will present the case against President Donald Trump in the U.S. Senate.

The 62-year-old Democrat from Orlando reminded colleagues about her law enforcement background during last month’s impeachment proceedings in the House.

Although she is only in her second term in Congress, Demings serves on two committees that played crucial roles in the House impeachment proceedings — Judiciary and Intelligence.

Demings isn’t the first central Florida lawmaker to be an impeachment manager. Bill McCollum, a former Republican congressman, served in the same role during the impeachment of President Bill Clinton.

"She’s got a law enforcement background and she’s on the right committee. I think she’s articulate and I think she’ll do well,” McCollum told FOX 35 News after hearing news of Demings role in the impeachment.  "It's most important you do your job. Like with a jury trial, you let those jurors decide. That’s the American system.”

Demings was born in two-room house in Jacksonville, the youngest of seven children. Her mother worked as a maid and her father as a janitor. She graduated from Florida State University with a degree in criminology and began her career as a social worker in Jacksonville. She moved to Orlando to join the police force and graduated from the police academy as class president. She would later serve as the Orlando Police Department's chief.

The House managers are a diverse group with legal, law enforcement and military experience, including Reps. Adam Schiff of the Intelligence Committee and Jerry Nadler of the Judiciary Committee, Hakeem Jeffries of New York, Sylvia Garcia of Texas, Val Demings of Florida, Jason Crow of Colorado and Zoe Lofgren of California. 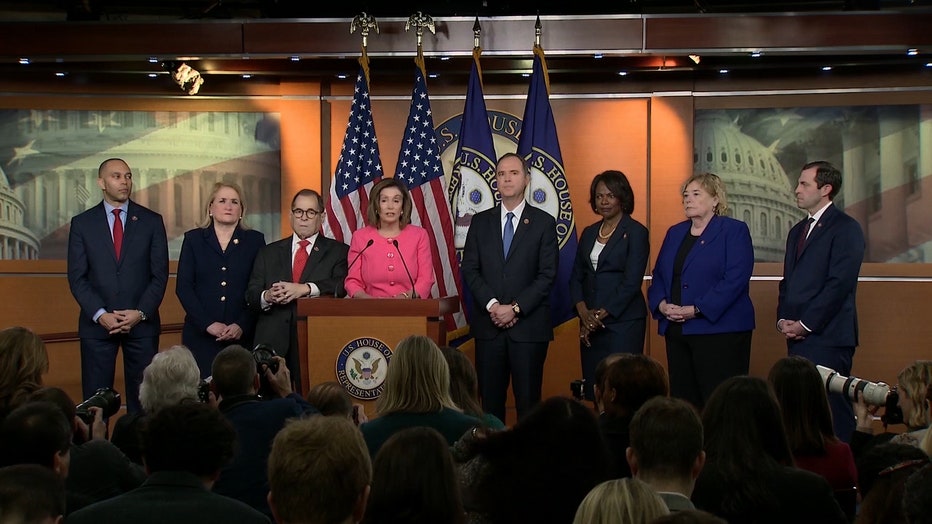 "To be a part of this historic moment, one of seven, the feeling was pretty overwhelming, but then, know for a fact I was very much aware of the response of the place I call home."

Senate Majority Leader Mitch McConnell has pledged to have the Senate “rise above the petty factionalism” and “factional fervor and serve the long-term, best interests of our nation.″ He called it “a difficult time for our country.”

"They [the senators] took an oath yesterday of impartiality. Then they signed the pledge saying they'd be impartial in this trial. I expect them to do that," Demings said.