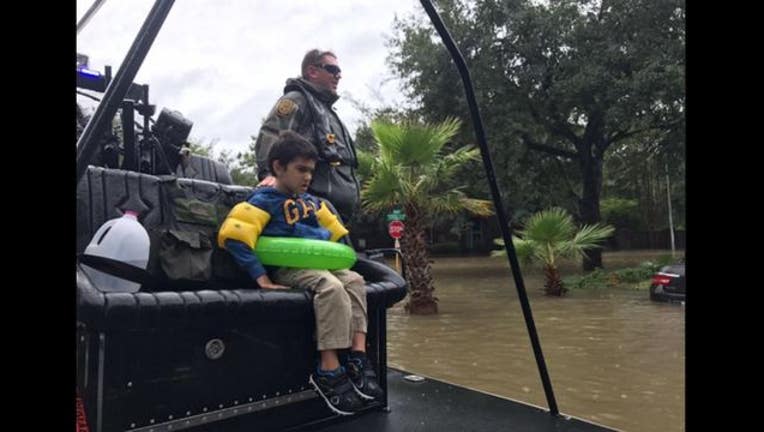 HOUSTON, Texas. (KRIV / AP) - The U.S. Border Patrol says it has rescued about 450 people since dispatching vessels to the Houston area on Monday.

John Morris, chief of staff in South Texas, says agents are not enforcing immigration laws and are "absolutely 100 percent here for rescue and safety."

Morris says the agency had 35 boats navigating flooded streets on Thursday. They were brought from stations that patrol areas along the Rio Grande, which is the busiest corridor for illegal crossings.

The Border Patrol did not suspend highway checkpoints in Texas when the storm moved into parts of the state, drawing criticism from advocates who said lives were being put at risk.

The arrival of Border Patrol boats in Houston has put some immigrants on edge, but agency leaders have been emphatic that they are only being used for search and rescue.