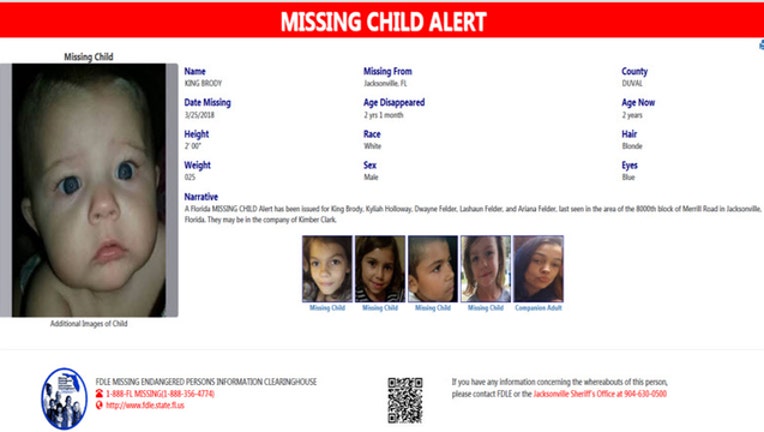 JACKSONVILLE, Fla. (FOX 13) - A Florida Missing Child Alert out of Jacksonville has been canceled after five children were found safe.

The initial alert said the children, ages 2 to 11, were last seen on Sunday and were likely in the company of their mother, Kimber Clark. FOX 30 cited a police report describing Clark as "depressed and suicidal," and that she'd threatened to kill herself.

Two hours after the alert was issued, police said the family had been found safe. No other details were immediately available.