ORLANDO, Fla. (FOX 35 ORLANDO) - When buried munitions were discovered below Odyssey Middle School’s track in 2007, it caused a scare for the Vista Lakes community.

The concern is re-emerging with a new development planned for the area, over what was once a military bomb-testing site. In a letter, Orlando City Commissioner Jim Gray states that the company conducting a sweep for buried items, Buffalo Restorations, found a higher number of ordinances than anticipated, in a wider area than expected.

The company forced to extend the scope of its work very close to existing homes.

“I think this is the last section that they’re going to clean or remediate and then after that, then presumably they’ll be able to go ahead and start building,” said Sebastian.

The Florida Department of Environmental Protection requiring the developer to clear the land of un-detonated devices. Sebastian, who lives in the adjacent neighborhood, does not trust the system.

“I don’t know what the gold standard is in cleaning up and remediating properties but this is pretty minimal,” said Sebastian.

The homeowner hoping for the best but living cautiously, not knowing what could be hiding underneath his lawn.

“You probably don’t do as much gardening as you might normally do,” said Sebastian.

The state agency must approve the sweep prior to development being given the green light by the City of Orlando. FOX 35 reached out to the developer, the company conducting the remediation, and the state for comment on this story; however, none responded at the time of publication. 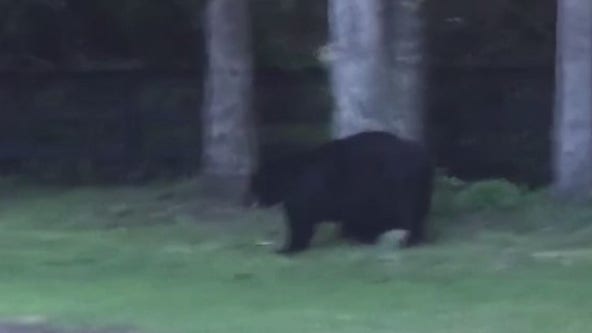