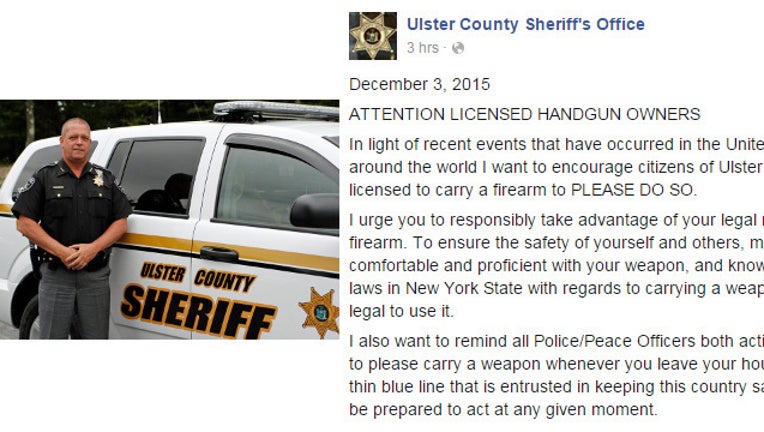 ALBANY, N.Y. (AP) -- An upstate New York sheriff is urging residents of his county who are licensed gun owners to arm themselves when they leave home, citing recent mass shootings in the United States and Paris.

Ulster County Sheriff Paul Van Blarcum, a Democrat, posted a message to the department's Facebook page less than 24 hours after 14 people were killed in a mass shooting in San Bernardino, California.

The post quickly drew hundreds of comments, for and against it.

Van Blarcum tells The Associated Press he's "not trying to drum up a militia of any sort." But he said police are "partners with the public in crime prevention."