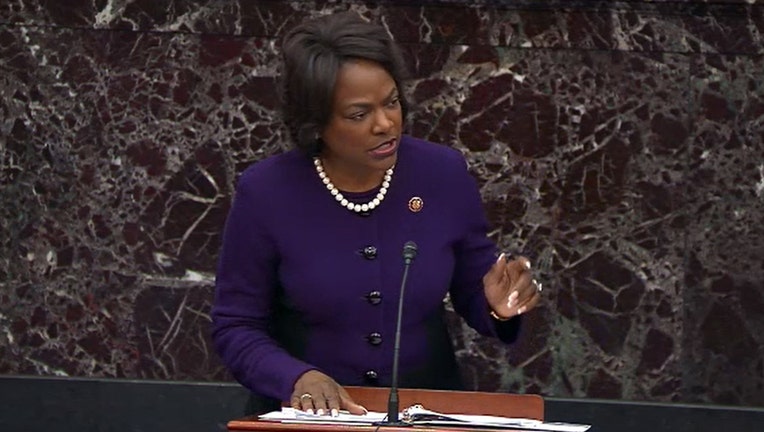 They said that the Democratic Representative from Florida, who also served a House impeachment manager in President Trump's trial in the Senate, is "proud to endorse Joe Biden for President of the United States."

She is quoted by the Orlando Sentinel as saying that "Joe Biden has fought for every American regardless of the color of their skin, gender, zip code, sexual orientation, religion, or bank account. ... [He] has a strong, unwavering record of fighting for health care for all Americans, voting rights, civil rights, equality, as well as protecting crime victims and reducing gun violence.”

“I love the Democratic Party, and I truly believe the Party is the only hope our country has right now to protect our democracy, restore trust in our government, uphold the rule of law, and unite us all as Americans,” Demings added, according to the Orlando Sentinel. "We must continue to win up and down the ballot. United we stand and united we win! Vice President Joe Biden is the right person for the job in this very important moment in time.”

Tune in to FOX 35 News for the latest election coverage, especially as the Florida Primary approaches.