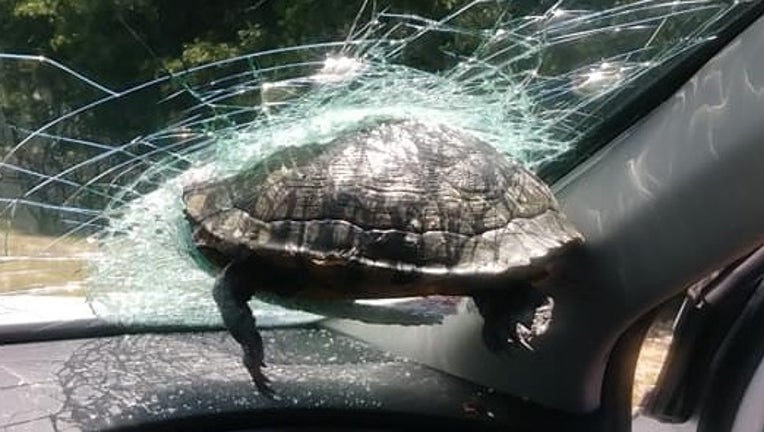 That's not where you'd expect to find a turtle.

A Georgia woman and her brother were thankful to be unharmed after a turtle somehow launched through the air and became lodged in the windshield of a car they were in.

Latonya Lark told WSAV-TV she was driving in Savannah this month when she saw an object that appeared to be a brick quickly approaching her car.

Lark began to slow down as the reptile smashed into the glass and was left hanging halfway in and halfway out of the window, according to her account.

According to the television station, her brother, Kevin Grant, was in the passenger seat and covered his face as the animal collided with the windshield, sending pieces of glass hurtling toward him. 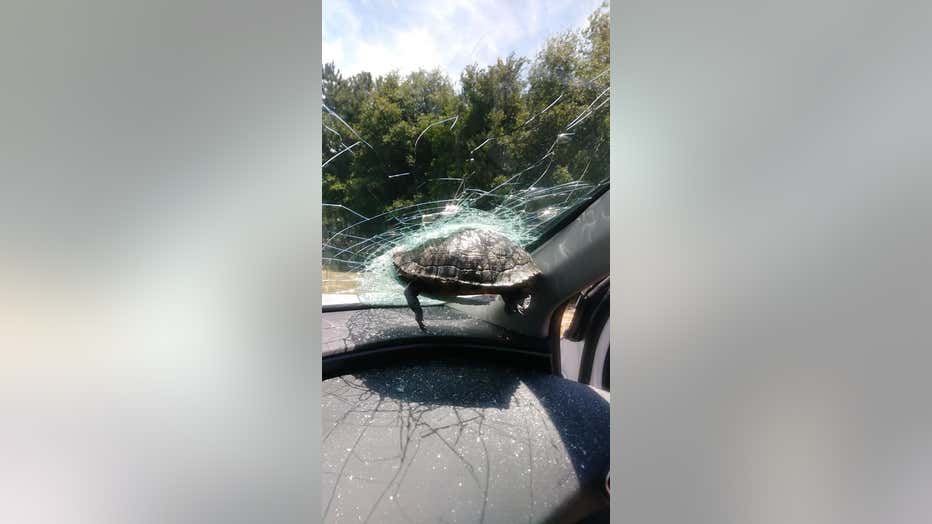 Her brother said that he was left with only small cuts.

Police that responded to the scene removed the turtle from the windshield. It was then transported to a nearby animal hospital for treatment where it later died from its injuries, the news outlet reported.

Lark said she believes a car in front of her might have hit the turtle first, sending it flying into their vehicle.

“Even the police officer said if that glass wasn’t as thick as it was and I didn’t slow down the way I did when I saw the object coming, it would’ve been disastrous,” Lark said.