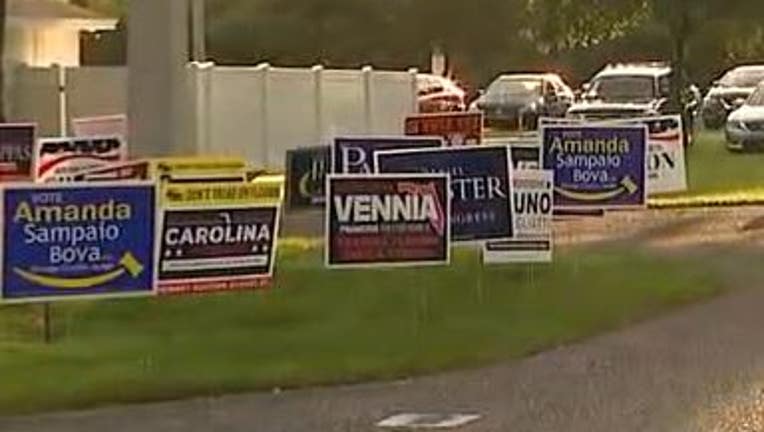 ORANGE COUNTY, Fla. - The Florida Primaries are over and you probably still see a bunch of signs in your yard or lining the streets. Instead of tossing them in the garbage, Winter Park, Orange County, and Orlando want you to recycle them so they can be turned into an alternative energy source.

Orange County Government is partnering with the City of Orlando, the City of Winter Park and the League of Women Voters of Orange County Natural Resources Committee to keep election signs and stands out of the landfill. Residents can bring their campaign signs to the following drop-off locations:

The recycled signs will be brought to NuCycle Energy in Plant City and will be used to create NuCycle’s Enviro Fuelcubes!

"Enviro Fuelcubes are an EPA designated 'Legitimate Fuel capable of replacing coal and other fossil fuels as the primary fuel used in energy-intensive industrial processes such as cement and power," Orange County Government explained.

When dropping off the signs, please be sure to have them separated from the metal frame.