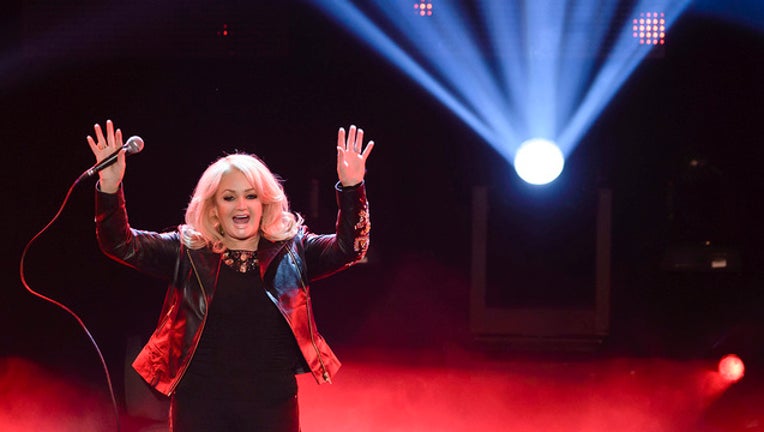 MIAMI (AP) - Some cruise passengers will have the ultimate soundtrack for Monday's solar eclipse when Bonnie Tyler sings her hit "Total Eclipse of the Heart" on board.

Royal Caribbean says the Welsh singer will be backed on the power ballad by Joe Jonas' band DNCE for a performance in an outdoor theater on its ship Oasis of the Seas as part of a "Total Eclipse Cruise."

The ship leaves from Florida on Sunday. It will sail through the Caribbean toward St. Maarten on Monday when the moon passes in front of the sun. A total eclipse will be viewable in a narrow band across the sea.

"Total Eclipse of the Heart" topped the Billboard charts for four weeks in 1983. DNCE is best known for its 2015 hit "Cake by the Ocean."

According to a tweet, the performance will be streamed live.