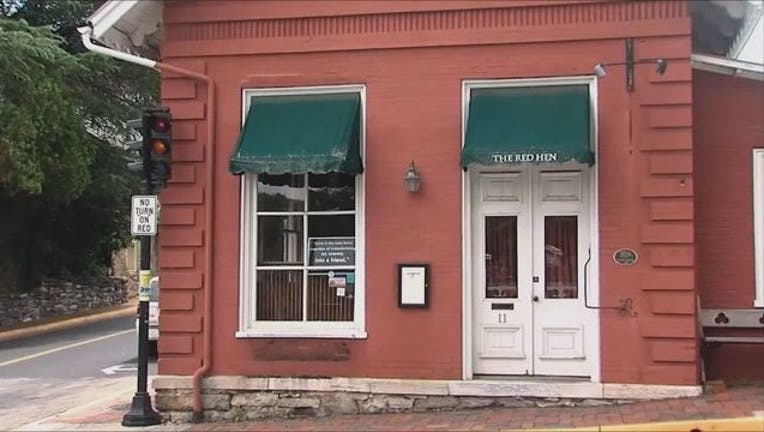 FOX NEWS - The co-owner of a Virginia restaurant who refused to serve then-White House Press Secretary Sarah Sanders said she believes the "rules are changing" when it comes to businesses or their staffers expressing political opposition.

In a Washington Post op-ed, Stephanie Wilkinson responded to an incident in which Eric Trump was spat on by an employee of a Chicago cocktail bar.

RELATED: Kamala Harris on Trump: 'We have a predator living in the White House'

Wilkinson, who made national headlines by asking Sanders and her family to leave the Red Hen restaurant in Virginia last June, wrote that "no one in the industry condones the physical assault of a patron" before going on to argue that businesses are also expected to adhere to a "code of ethics."

"The once-ubiquitous idea that companies exist purely and solely to provide profit to shareholders is withering away like corn husks in the summer sun," she wrote, calling the new standard, "All are welcome. Terms and conditions apply."

Wilkinson said restaurant workers cannot be expected to "clock out of their consciences when they clock in to work."

"The high-profile clashes rarely involve one citizen fussing at another over the entrees. It's more often a frustrated person (some of whom are restaurant employees) lashing out at the representatives of an administration that has made its name trashing norms and breaking backs. Not surprising, if you think about it: You can't call people your enemies by day and expect hospitality from them in the evening," she wrote.

"So when the day comes that the world feels returned to its normal axis, I expect we'll see fewer highly charged encounters making headlines. In the meantime, the new rules apply. If you're directly complicit in spreading hate or perpetuating suffering, maybe you should consider dining at home."