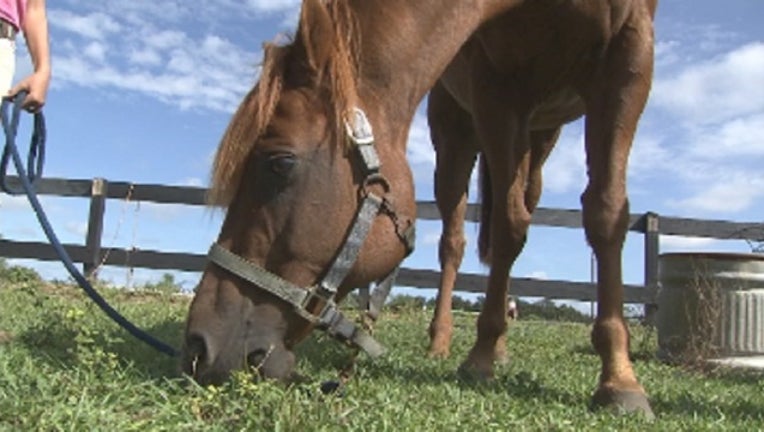 PALOMINO VALLEY, Nev. (AP) - President Donald Trump's budget proposal calls for saving $10 million next year by selling wild horses captured throughout the West without a guarantee from buyers that the animals won't be resold for slaughter.

Wild horse advocates say the change would gut nearly a half-century of protection for wild horses and could send thousands of free-roaming mustangs to foreign slaughterhouses for processing as food.

They say the Trump administration is kowtowing to livestock interests who don't want the region's estimated 59,000 mustangs competing for precious forage across more than 40,000 square miles of rangeland in 10 states managed by the U.S. Bureau of Land Management.

Trump's budget anticipates the savings would come through a reduction in the cost of containing and feeding the animals. The savings also would include cutbacks involving roundups and contraception programs.