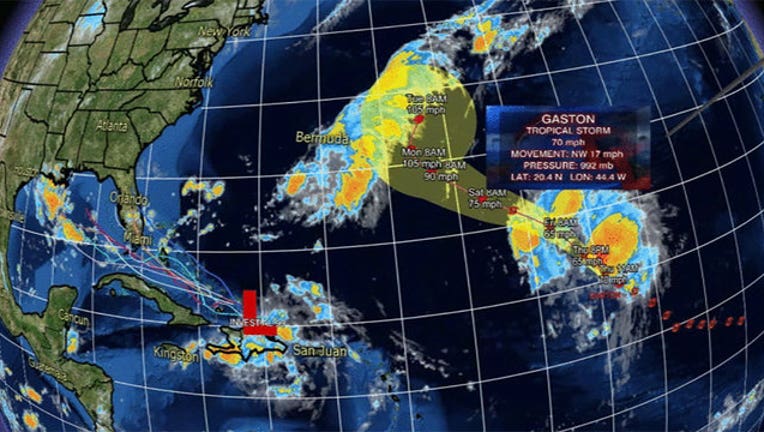 LAKE MARY, Fla. (WOFL FOX 35) - A tropical wave near Hispaniola, named Invest 99-L, remains very weak and disorganized today, according to the National Hurricane Center in Miami.   The probability that it will become a named storm on Thursday is less likely, forecasters say, but should it be named, it will be called Hermine.

Rivers surged across a large section of the Dominican Republic on Thursday as the broad area of low pressure headed east to the Turks and Caicos Islands and the Bahamas, officials said.

The system's strongest winds were below tropical storm strength but that it could strengthen as it approaches Florida and the Gulf of Mexico over the weekend.

At this time it appears that Central Florida will have an increase of afternoon showers and storms by Sunday the system passes slightly to our south.

Meanwhile, Tropical Storm Gaston, which weakened from a hurricane earlier Thursday, was out over the Atlantic, about 1,160 miles (1,865 kilometers) east-northeast of the Leeward Islands. It had maximum sustained winds of 70 mph (110 kph).