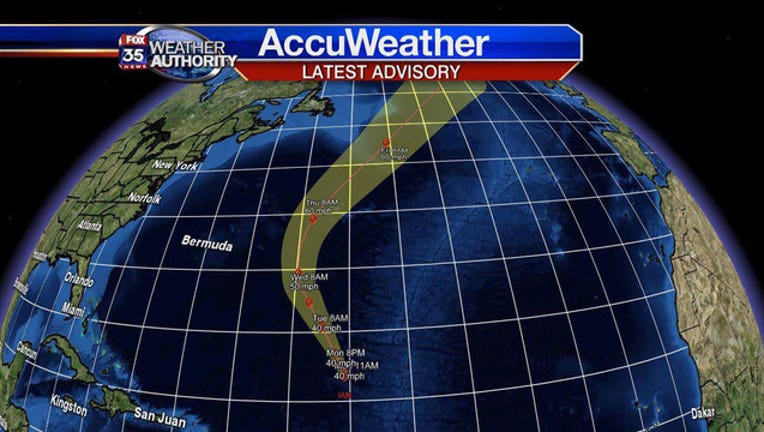 MIAMI (AP) - Tropical Storm Ian has formed over the Atlantic but is not currently a threat to land.

The U.S. National Hurricane Center says Ian is still far out to sea on Monday, more than 1,000 miles (1,600 kilometers) southeast of Bermuda. It is moving northwest at about 13 mph (21 kph).

Meanwhile, Hurricane Orlene has formed far out over the Pacific, and additional strengthening is forecast.  Orlene's maximum sustained winds early Monday are near 90 mph (145 kph).

The hurricane is centered about 720 miles (1,155 kilometers) west-southwest of the southern tip of Mexico's Baja California peninsula and is moving northwest near 6 mph (10 kph).

Forecasters say the storm poses no threat to land.