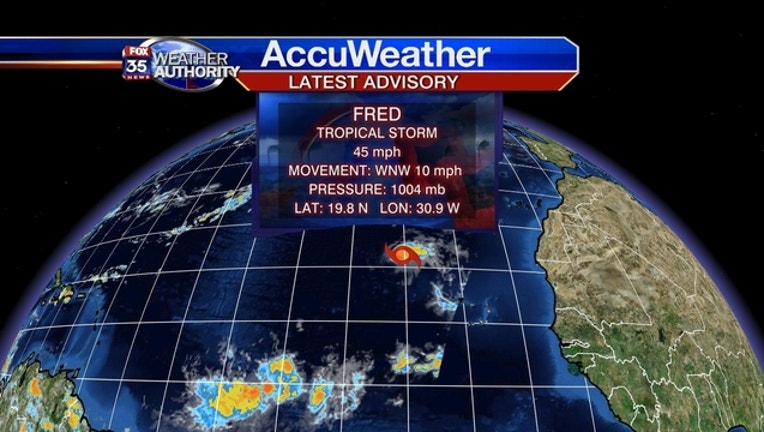 MIAMI (AP) - Tropical Storm Fred is weakening far out over the Atlantic.

The storm's maximum sustained winds early Wednesday are near 45 mph (75 kph). The U.S. National Hurricane Center says Fred is expected to weaken to a tropical depression by Wednesday afternoon or overnight and degenerate to a remnant low on Thursday.

Meanwhile in the Pacific, a tropical depression could become a tropical storm later in the day. The depression's maximum sustained winds are near 35 mph (55 kph). The depression is centered about 630 miles (1,015 kilometers) south-southwest of the southern tip of Mexico's Baja California peninsula and is moving north-northwest near 10 mph (17 kph).