FOX 35 meteorologist Brooks Garner has a look at the upcoming tropical forecast around Florida.

ORLANDO, Fla. - The National Hurricane Center continues to track three systems in the Atlantic Ocean, including one hurricane, one tropical storm, and a tropical wave that has emerged off the coast of Africa.

Tropical Storm Earl and Hurricane Danielle do not pose a threat to Florida at this time.  It has been an unusually quiet summer as we near the peak of hurricane season on Sept. 10. 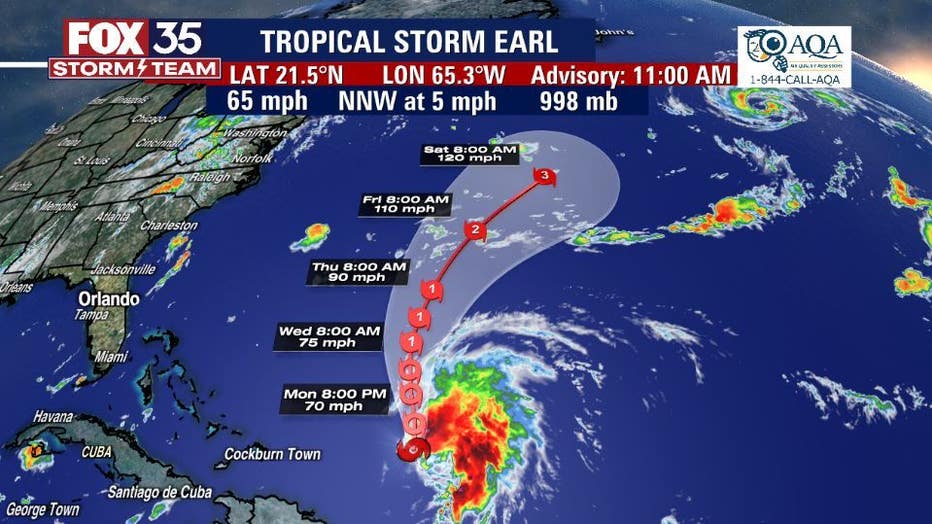 Earl is located south of Bermuda and is moving toward the north-northwest near 6 mph.  A turn toward the north at a slightly faster forward speed is expected later on Monday.

Maximum sustained winds are near 65 mph. Tropical Storm Earl is expected to strengthen into a hurricane later this week, reaching Category 3 hurricane status at some point. This would make Earl the season's first major hurricane.

The storm is not expected to be any threat to the U.S.

According to forecasters, to be considered a major hurricane, a tropical cyclone must have maximum sustained winds of 111 mph or higher, corresponding to a Category 3, 4 or 5 on the Saffir-Simpson Hurricane Wind Scale. 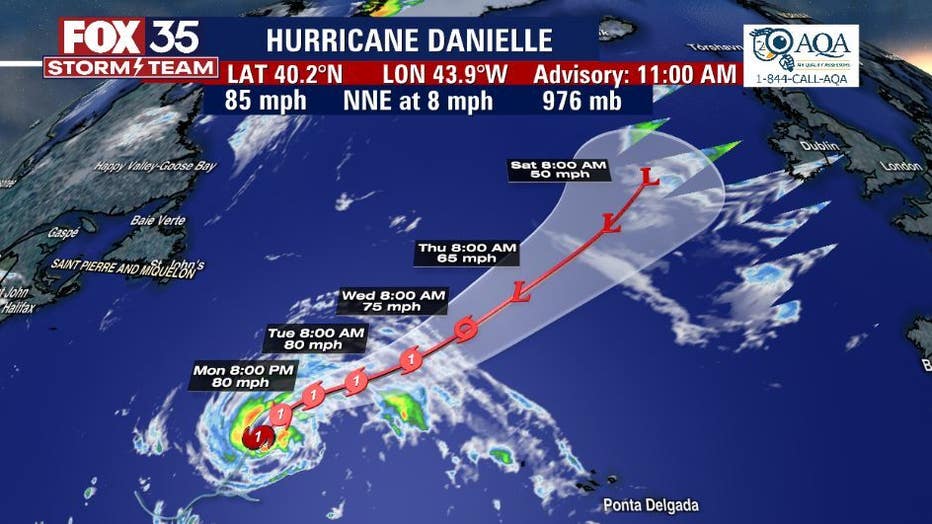 Danielle is moving toward the north-northeast near 8 mph with a gradual increase in forward speed is expected through Tuesday.  A turn toward the east-northeast is anticipated by Tuesday night. Maximum sustained winds are near 85 mph.

A slow weakening trend is forecast on Tuesday. Danielle is not expected to be any threat to land. To track the tropics, be sure to have the FOX 35 Storm Team Weather App downloaded to get weather updates. 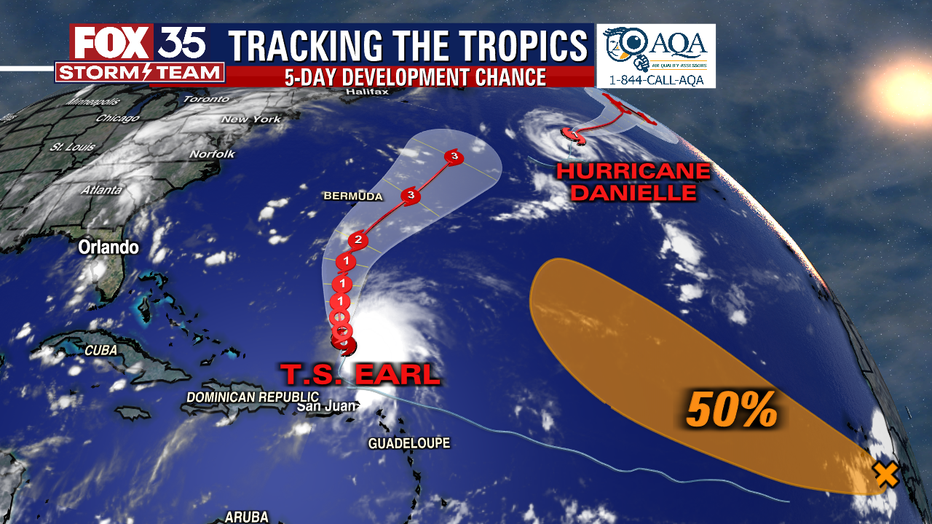 A tropical wave located southeast of the Cabo Verde Islands continues to produce a broad area of disorganized shower and thunderstorm activity. An area of low pressure is forecast to form with this system in the next day or so, and environmental conditions appear marginally favorable for additional development.

A tropical depression could form this week with a 50% chance of development over the next five days.