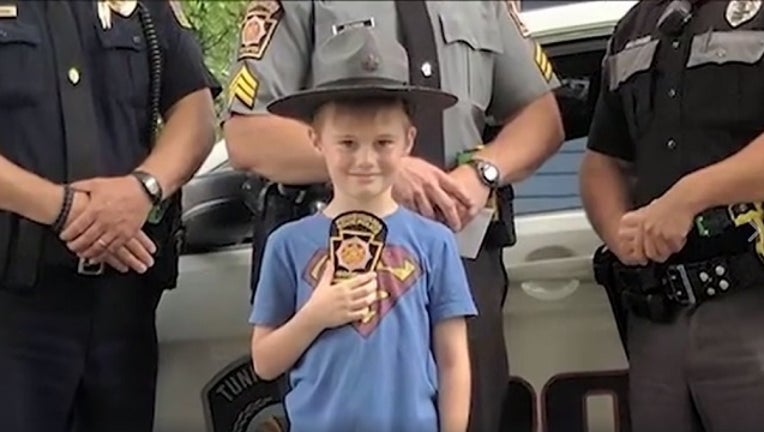 TUNKHANNOCK, PA (WTXF) - Pennsylvania State Police surprised a young Wyoming County boy after they learned of his efforts to raise money for his neighbors in need!

8-year-old Owen, of Tunkhannock, set up a lemonade stand this past Saturday to raise money for his neighbors who were recently displaced by a house fire.

Unfortunately, someone stole the money Owen raised for his neighbors. Pennsylvania State Troopers then learned of Owen’s desire to become a law enforcement officer one day, and decided to pay him a visit.

Saying hello wasn’t their only objective, as the made a collective monetary donation to Owen’s cause, and then gave him a chance to wear one of the troopers hats, and thanked him for his outstanding citizenship.