AUSTIN, Texas - APD Officer Christopher Taylor has been charged with 1st-degree murder in the death of Mike Ramos, and a court has set his bail at $100,000.

Travis County District Attorney José Garza held a virtual press briefing to give remarks about the indictment against APD Officer Christopher Taylor and answer questions from the press.

"Today we have taken a significant step towards justice for the Ramos family and for our community," said Travis County District Attorney José Garza. "My heart continues to break for the Ramos family and we still have much work ahead of us, but we know that holding law enforcement accountable when they break the law is critical to restoring the trust of our community and to ensuring its safety."

Who is APD Officer Christopher Taylor? 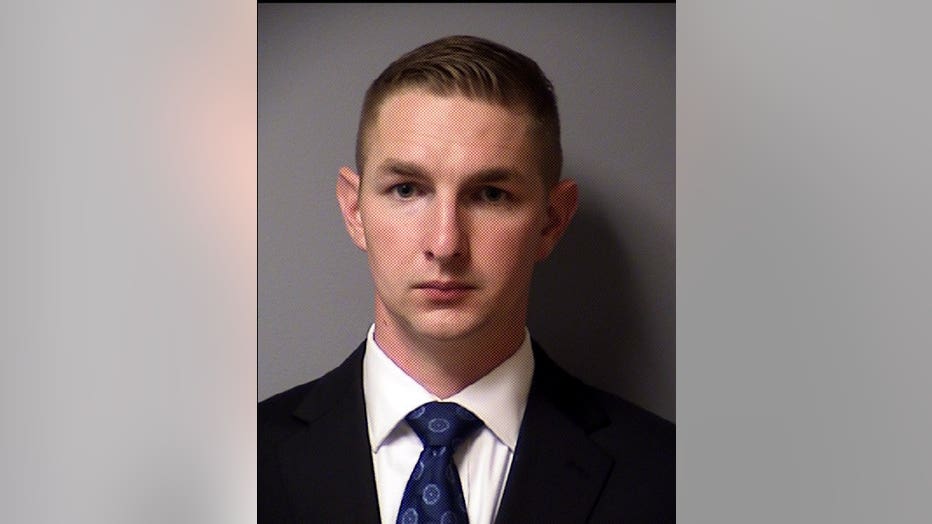 Christopher Taylor is an officer with the Austin Police Department who was recently indicted in the death of Michael Ramos last April.

A Travis County grand jury indicted APD Officer Christopher Taylor, who now faces a murder charge. The court has set bail in the amount of $100,000 for Officer Taylor and has set conditions including no employment with access to, or possession of, a firearm, no possession of personal firearms, and to surrender duty firearm.

The Travis County Sheriff's Office confirmed to FOX 7 Austin that an arrest warrant has been issued for Taylor.

"We are disappointed but sadly not surprised at this indictment. As early as July of last year, then-DA candidate Jose Garza had made up his mind that Officer Taylor committed a crime and went so far as to offer an implied promise to indict him several months before being elected District Attorney or having access to any case evidence:

'Right now my focus is on the families. My heart breaks for the Ramos and Ambler families as they continue to wait for justice. I look forward to fighting for justice for them. It’s going to be one of my highest priorities.'

We would remind Mr. Garza that his sworn duty is not to be an advocate for one party months before knowing the facts. It is to see that justice is done. Today’s indictment is not justice; it is the fulfillment of a campaign talking point and yet more evidence of antipolice bias. We look forward to presenting the facts of this case, in their entirety, to a panel of citizens not behind closed doors and not under his exclusive control."

WHO IS MIKE RAMOS?

APD had delayed the release of the video.

Mike Ramos was shot and killed during an officer-involved shooting by Taylor, who was previously under investigation for shooting another man months prior.

In April 2020, APD got a call about a man in a car with a gun possibly doing drugs. The man was 41-year-old Ramos, who was then shot and killed by Taylor on scene. APD later disclosed Ramos was unarmed.

The shooting occurred in a parking lot at the Rosemont at Oak Valley apartments. A cell phone video shared with FOX 7 Austin shows Ramos with his hands up, showing his waist. He is standing on the drivers-side of a car, telling police he is unarmed.

Six months ago, APD got a call about a man in a car with a gun possibly doing drugs. The man was 41-year-old Mike Ramos, who was then shot and killed at the scene.

Ramos then gets into a car and attempts to drive away when Taylor shoots him three times with a rifle. Manley confirmed that Taylor was one of two officers who fired a lethal weapon, killing a man experiencing a mental health crisis in downtown Austin in July 2019.

Just 4 months before the Ramos shooting, attorneys filed a petition calling for a use-of-force investigation of all three officers involved in the death of DeSilva. The petition called for evidence to be released.