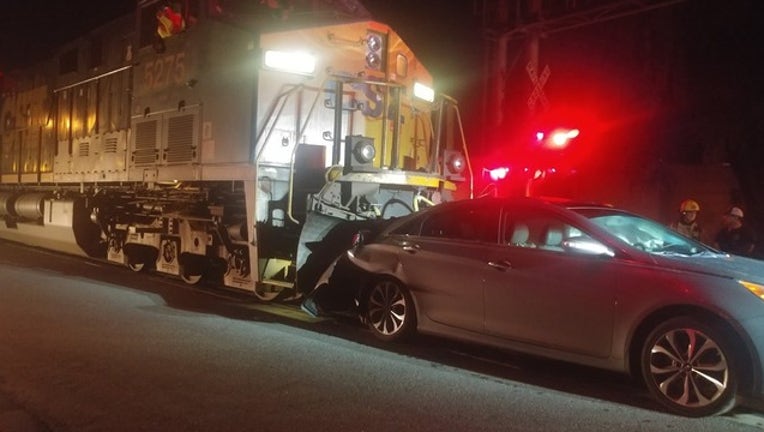 HAWTHORNE, Fla. (FOX 35 WOFL) - A train slammed into a car in Alachua County on Sunday night.

Alachua County firefighters say that the driver followed a GPS when it said to turn onto the tracks. The car got struck and attempts to move it off the tracks were unsuccessful. A train soon slammed into it, pushing it 200 yards.

Everyone in the car got out before impact. No one was hurt, but traffic was diverted for several hours to complete the investigation and remove the vehicle.