ORLANDO, Fla. - The 2004 hurricane season was a remarkably busy season for Central Florida. The season featured three hurricanes – Charley, Frances, and Jeanne – that all made landfall.

Charley made landfall in Cayo Costa on August 13, 2004 – the same spot where Hurricane Ian made landfall. The two storms could not have been more different.

Charley was compact, while Ian was exceptionally large. Just to give an example, Hurricane Charley could fit inside Ian’s eyewall. 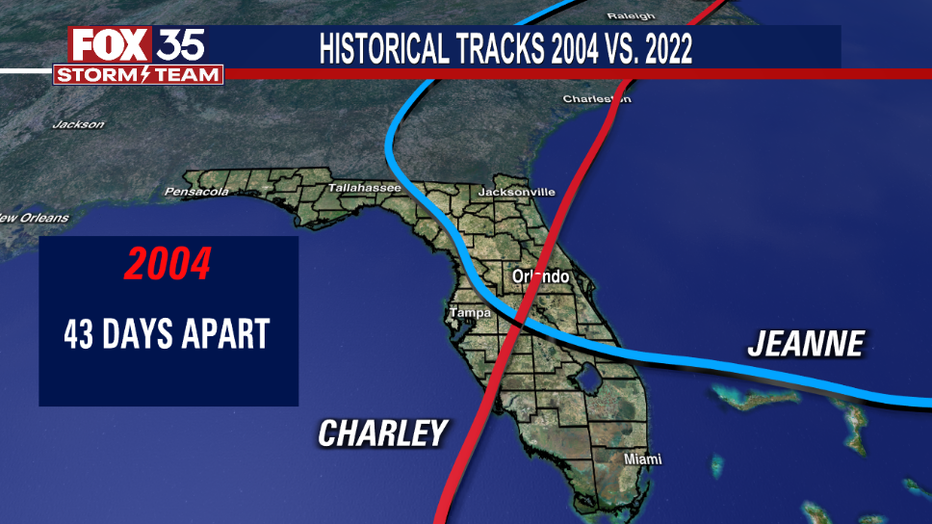 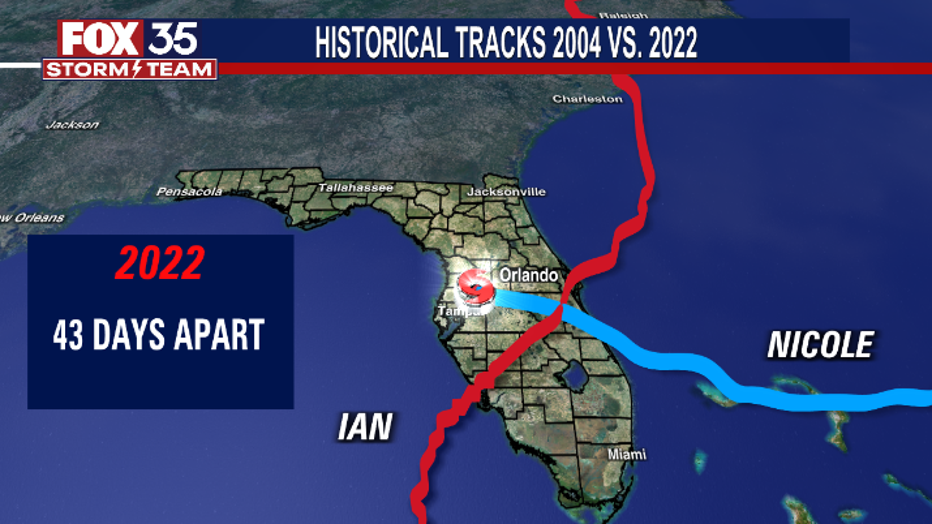 Forty-three days after Charley came Jeanne in September. Just like 43 days later from Ian came Nicole. Jeanne and Nicole share more similarities by both being storms with large wind fields.

Either way, the tracks of Charley vs. Ian and Jeanne vs. Nicole are eerily similar.