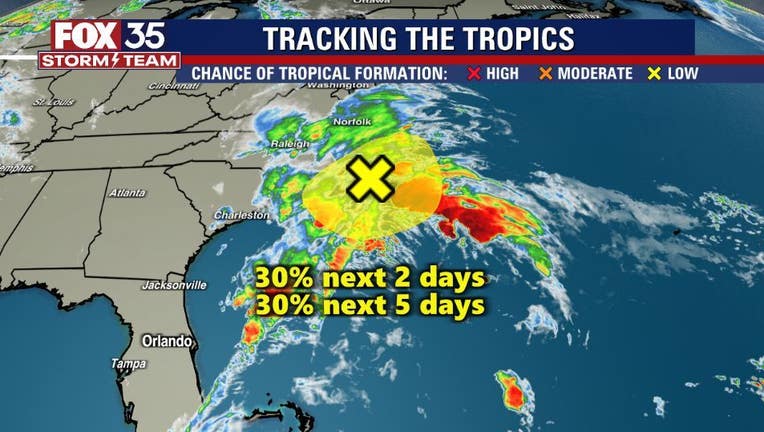 ORLANDO, Fla. - Forecasters are monitoring a system that is expected to bring rain to North Carolina.

The National Hurricane Center (NHC) said that there is a large non-tropical low-pressure area about 100 miles southeast of North Carolina. It is nearly stationary and the associated shower and thunderstorm activity near its center is minimal and has not become better organized.

"This system could still become a short-lived subtropical storm later today, but environmental conditions should become unfavorable for any further development on Monday," they said. Formation chances over the next two to five days are at 30 percent.

The low is expected to move slowly northward and approach eastern North Carolina later on Sunday. Intermittent periods of locally heavy rain and gusty winds are possible in portions of the state over the next couple of days.