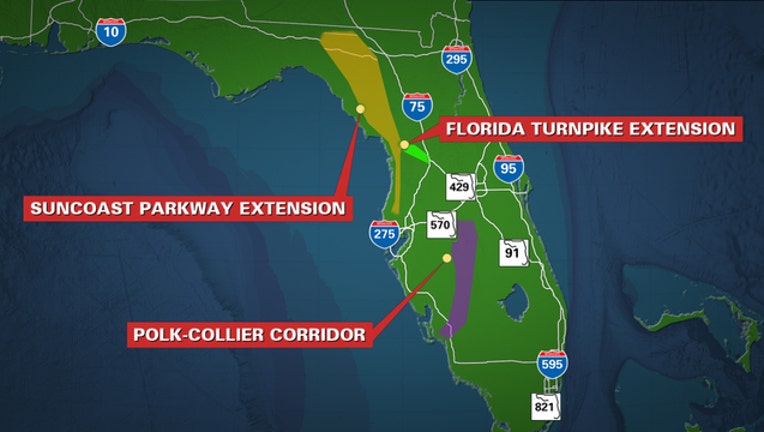 TALLAHASSEE, Fla. - Task forces set up to study and make recommendations about three major toll-road proposals will move forward with meetings this month.

The proposed roads, a major priority of Senate President Bill Galvano, R-Bradenton, during the 2019 legislative session, would expand the Suncoast Parkway from the Tampa Bay area to Jefferson County; extend the Florida Turnpike west to connect with the Suncoast Parkway; and add a new multi-use corridor, including a toll road, from Polk County to Collier County.

The task forces --- known as the “Multi-use Corridors of Regional Economic Significance,” or M-CORES, task forces --- were created in a bill that passed during the 2019 session.

Galvano has described the roads as a “new approach” in planning the state’s future, reducing congestion, providing alternative evacuation routes and offering a way to “revitalize” rural communities through the expansion of broadband, water and sewer infrastructure. But the proposals have drawn opposition from some environmental groups, which argue that extending or adding toll roads would lead to sprawling development and endanger habitats.

Lawmakers designated $45 million toward the work in the current year, with annual funding expected to grow to $140 million.