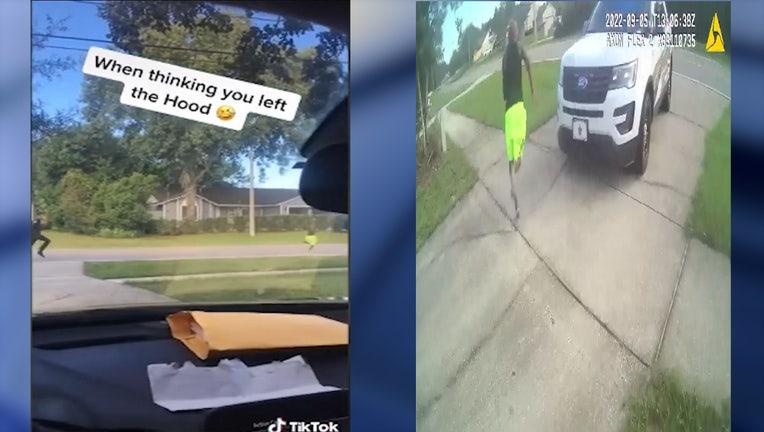 VOLUSIA COUNTY, Fla. - A Florida deputy has gone viral after a 15-second TikTok video of him chasing a suspect amassed nearly 4 million views on the popular social media app.

It all started during a traffic stop involving a seatbelt violation.

Volusia County Sheriff's Deputy Caleb Jones said he noticed 42-year-old Cleveland Rahymes looking around after getting out of the car and had a feeling he was going to do something.

Moments later, Deputy Jones can be seen chasing Rahymes down the street.

The video below was posted to the Volusia County Sheriff's Facebook page.

"The driver didn't listen to some of my commands, went to place him in handcuffs through detention, and he took off running on me," Deputy Jones told FOX 35 news.

After about a quarter of a mile of running, Rahymes surrendered. As the two walked back to Deputy Jones's car, he discovered Rahymes had a warrant out for his arrest.

Several viewers left comments commending Deputy Jones for being able to keep up with Rahymes.

"I wish I was about 4 years younger, I was pretty tired, maybe I need to work out a little bit more, and maybe go a little bit faster," said Deputy Jones. 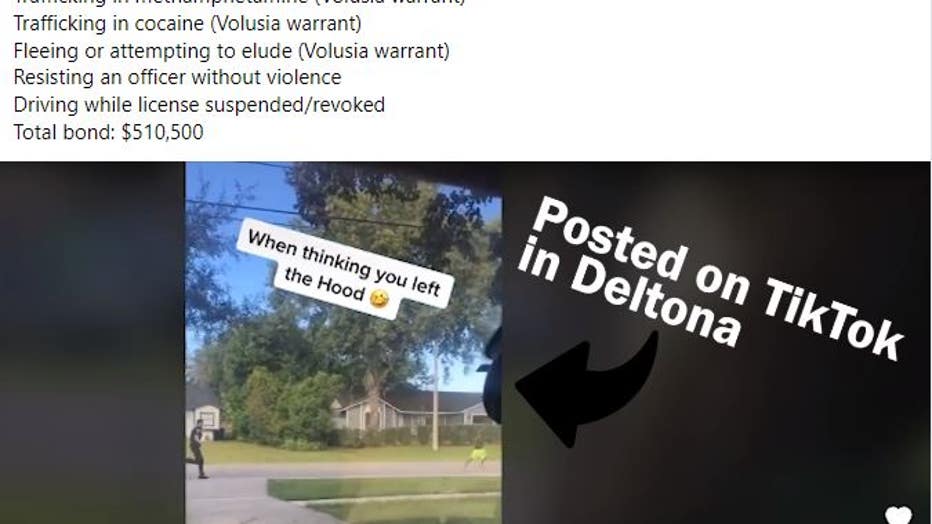 Rahymes racked up a total bond of $510,500 due to the following charges: