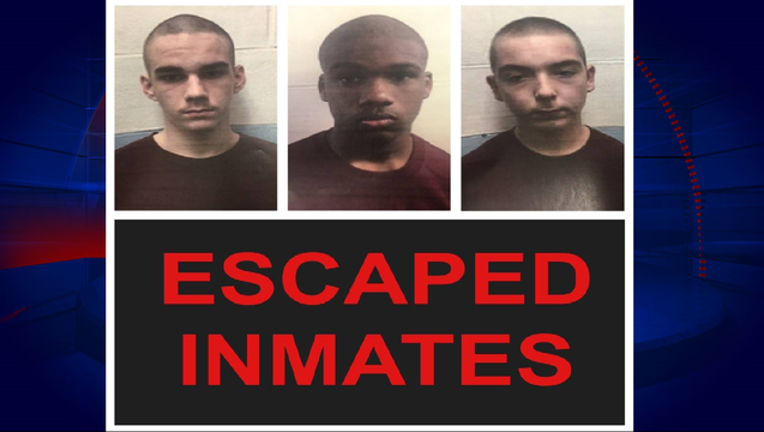 The Jacksonville Sheriff's Office Facebook has posted that three inmates have escaped from a Florida Department of Juvenile Justice facility.

Police reportedly received notification of this escape late Sunday night. They say the three inmates escaped and battered staff members. They were able to overpower staff members and take their keys before opening a secure door and fleeing the facility on foot.

Police responded with an immediate search, but the inmates have yet to be found.

The Jacksonville Sheriff's Office has also confirmed that an investigation has determined this to be a planned escape.

The inmates have been identified as 16-year-old Luther Davis, 16-year-old Derek Browley, and 15-year-old Justin Silva.

If you have any information on their whereabouts or you see them, please call 911 immediately. You may also call the Jacksonville Sheriff's Office at 904-630-0500 or email them at JSOCrimeTips@jaxsheriff.org.