A single mom's life was changed after an act of generosity. Kristen Anderson, who works as a server at a Chili's restaurant in Merritt Island, said she received a 60 percent tip from a group of high school students.

MERRITT ISLAND, Fla. - A server at a Florida restaurant said a group of high schoolers has restored her faith in humanity by leaving her a generous tip.

Kristen Anderson, who works at a Chili's restaurant in Merritt Island – a beachside town southeast of Orlando and near Cape Canaveral – shared her experience on Facebook, which has since drawn the interest of hundreds.

She said about 25 kids from Merritt Island High Schools' theater department showed up at the restaurant to celebrate the closing night of their spring musical, The Hunchback of Notre Dame. Anderson and her colleagues handled everything that a group of 25 would need. 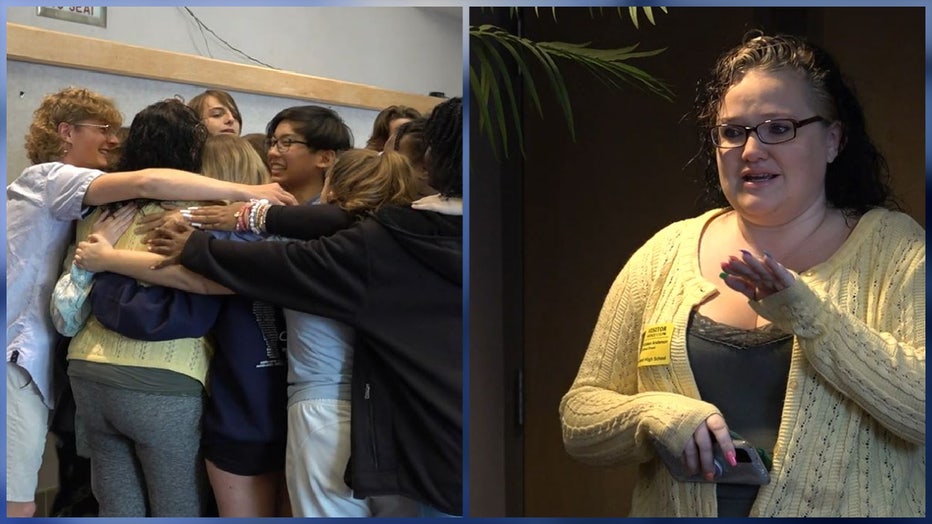 A server at a Florida restaurant said a group of high schoolers has restored her faith in humanity by leaving her a generous tip. Though, those high schoolers likely did not know just how important their kindness was to her. (FOX 35 Orlando)

"I'm a single mom of 4 beautiful children. I've been struggling just to find a place to live that is safe for my kids. I typically work 6 days a week (sic) some of those being open to close shifts..  I've been saving and crashing with friends and just scraping every penny to try and get us into an apartment," Anderson wrote in a Facebook group.

"What your kids did for me today will NEVER be forgotten…" she wrote.

Anderson told FOX 35 that she shared the experience on Facebook hoping the parents of one of the kids would see it in hopes of thanking them for the gesture.

MORE NEWS: 'Our hearts are shattered': Orlando's Petal the poodle passes away

"I went to the back to count it and I saw $300, and I hit the floor," she said in an interview with FOX 35. "My knees came from underneath me and I started balling."

"That $300 meant nothing to them, but it means everything to me. It’s so emotional for me, that these kids saw how hard I was working, and they could recognize that as children," Anderson said.

Anderson said thousands of people have now commented on her Facebook post, some even sending messages offering to help pay for some of her utilities.

"These kids literally changed my life and I can’t thank them enough," she said.

On Tuesday, Anderson was able to visit the school and some of the students.

Anderson hopes his story inspires others and reminds them to be nice and kind.

"Just be nice, be kind, and these kids understood the assignment," she said.