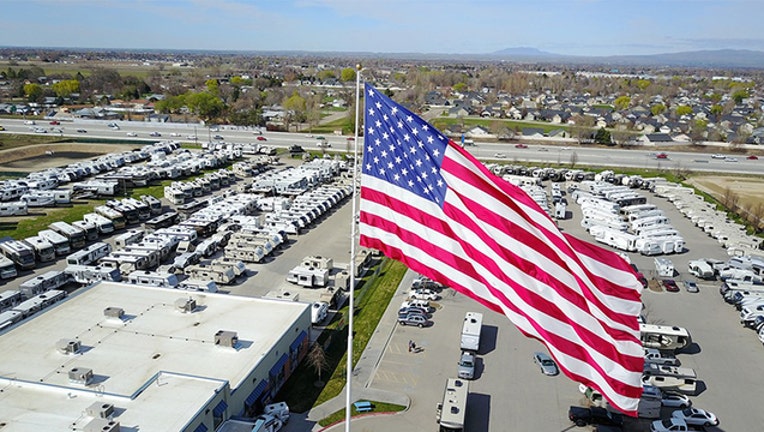 A city in North Carolina has filed a lawsuit to remove a 40-foot by 80-foot U.S. flag outside a local RV dealership. (Photo by Camping World)

RALEIGH, N.C. (AP) - The man known as television's "The Profit" says he'll go to jail before he removes a huge American flag flying at a recreational vehicle store that his company owns and that's the subject of a lawsuit because of its size.

Businessman and reality television star Marcus Lemonis says he'll visit Gander RV in Statesville on Thursday. In an interview Wednesday with The Associated Press, Lemonis said the flag stays even if he's jailed for contempt of court.

Lemonis is CEO of Camping World, which owns Gander RV.

RELATED: 'This is about our veterans': RV dealership refuses to take down American flag despite fines