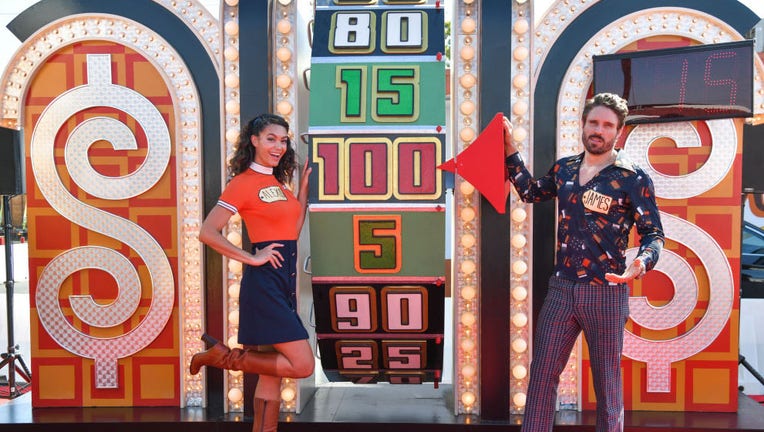 FILE-Contestants pose for a photo in the Showcase Showdown at CBS "The Price Is Right" 50th Season Celebration in 2021 in Inglewood, California. (Rodin Eckenroth/Getty Images)

WASHINGTON - "The Price is Right" is hitting the road for a nationwide tour for fans to see the popular game show in a city near them.

The "Come on Down Tour" is separate from the TV show and live stage show and starts Friday at the Santa Monica Pier in Los Angeles with stops in various cities, including Dallas, Denver, Nashville, New Orleans, and St. Louis.

Fans can win prizes and play some of the show’s popular games with a chance to win a $50,000 grand prize. Tickets and dates for the tour are listed on "The Price is Right website.

Attendees will be required to show proof of vaccination. "The safety of our guests, cast and crew remains paramount. In addition to any state, local and venue-specific protocols, The Price Is Right Live™ will have its own COVID-19 protocols in place," according to their website.

This tour is part of plans for the longest-running game show in television history to celebrate its 50th season.

Host Drew Carey, who will be at the kick-off in Santa Monica, said one of the ways "The Price Is Right" has lasted so long is that it can change yet keep the same focus. Over the years, the prizes have been updated, new games have been added and there's been the introduction of male models alongside the women.

"I think that’s the great thing about the show. It’s able to, within a framework, evolve," he said. "There’s a lot of old houses where you remodeled the kitchen and remodeled the living room, and it’s still the same house."

"The Price Is Right" made it’s debut on NBC in 1956, with Bill Cullen as host and consisting of four people bidding auction-style on items. The show was canceled in 1965, but the current version was revived in 1972 at CBS, with Bob Barker as host.

Carey has been the host for the last 15 years and says it's easy not to notice small updates: "When you’re here every day, all the changes are so gradual. It doesn’t really hit you. Like, all of a sudden you look in the mirror and you have gray hair."

Since 1972, producers say over $300 million in cash and prizes has been given away. More than 2 million audience members have attended a taping over those years and 68,000 of them have become contestants. More than 8,400 cars have been given away. The show is currently produced by Fremantle.