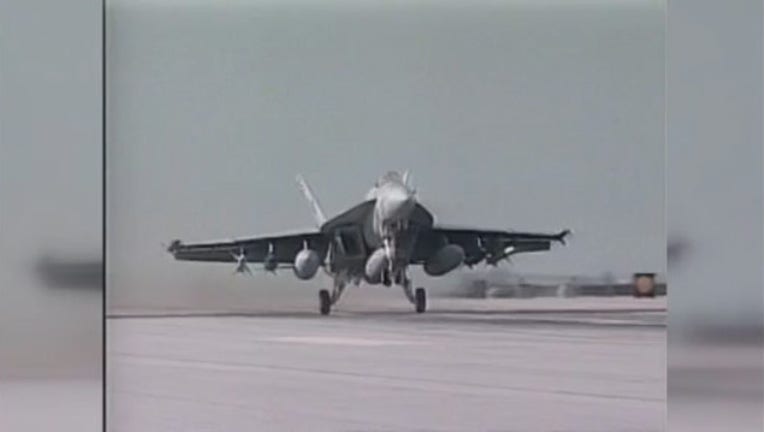 LOS ANGELES (AP) - The Latest on the crash of a Navy fighter jet in California (all times local):

The U.S. Navy says it has confirmed the death of the pilot in the crash of a fighter jet in the California desert.

The Navy says in a statement Thursday that the pilot's identity will be withheld until 24 hours after notification of next of kin in accordance with Defense Department policy.

Seven tourists on the ground were treated for minor injuries.

The Navy says the cause of the crash remains under investigation.

Crews are searching for the pilot of a Navy fighter jet that crashed and exploded in California's Mojave Desert, injuring seven people on the ground.

KABC-TV talked to tourists who said they were treated for minor burns and cuts after being hit by shrapnel.

There's no word yet on the pilot of the F/A-18 Super Hornet, which went down during a Wednesday training mission.

The crash area is about 60 miles (96.5 kilometers) north of the Naval Air Weapons Station at China Lake.