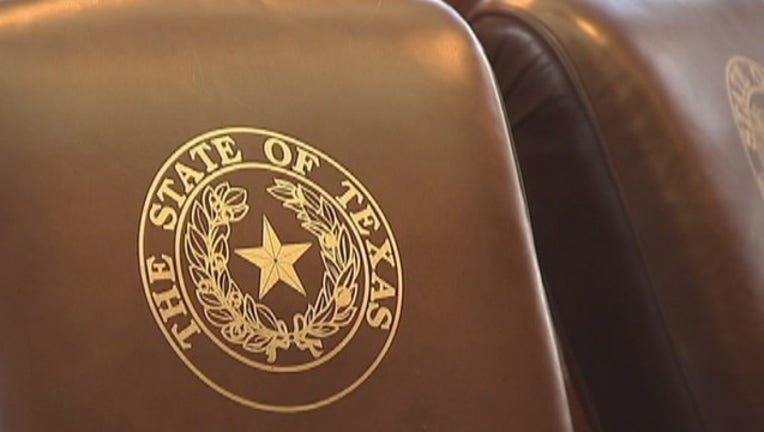 AUSTIN, Texas (AP) - The Republican-controlled Texas Senate backed a plan Saturday night to restrict insurance coverage for abortions, over the objections of opponents who expressed concern it could force some women to make heart-wrenching choices because no exceptions will be made in cases of rape and incest.

The 20-10 party-line vote for preliminary approval requires women to purchase extra insurance to cover abortions except amid medical emergencies. A final vote Sunday will see the measure clear the chamber, meaning it's now on a fast-track to Gov. Greg Abbott, who is expected to sign it into law.

Legislators debated other bills limiting insurance coverage for abortion during Texas' regular session that ended in May, but Abbott called a special session and revived the issue.

"Texas must take steps to prohibit taxpayer and premium dollars from subsidizing abortions that are not medically necessary," said Sen. Brandon Creighton, a Republican from Conroe, near Houston.

The bill passed the Texas House earlier this week. Both Creighton and its House sponsor, Republican Rep. John Smithee, said the rules only apply to "elective" abortions and promote "economic freedom" by not forcing Texas policyholders who object to the procedure to help pay for insurance coverage for women undergoing it.

"What we're saying here is: If you want to buy this coverage, you can buy it," Smithee, a Republican from Amarillo, said during House debate.

Outnumbered Democrats in both chambers dismissed the bill as purely political, arguing that insurance companies already cover only medically necessary abortions. They also said the law will require purchasing insurance plans that insurers won't actually offer because too few women will buy them, not knowing in advance that they will be undergoing abortions.

Sen. Sylvia Garcia, a Houston Democrat, said Saturday night that the bill would effectively require women to buy "rape insurance." She tried to include exceptions for rape and incest, but failed on a 20-10 vote.

Texas approved some of the nation's strictest limits on abortion in 2013, but those were mostly struck down by the U.S. Supreme Court last summer. Still, abortion clinics around the state have closed and the number of abortions performed in the country's second-largest state has fallen from more than 82,000 in 2006 to around 54,300 in 2015.

"One of the talking points we've heard lately is abortion should be considered health care," Elizabeth Graham, director of Texas Right to Life, told a Texas Senate committee. "Really, the definition of health care is to make a person well and to encourage health. The definition of a successful abortion is the complete death of the unborn child."

State policy analyst Elizabeth Nash of the Guttmacher Institute, a national research group that supports abortion rights, said she knows of no current analysis of the impact of states imposing coverage restrictions, nor the extent to which health plans offer supplemental coverage for abortion.

"My sense is that there isn't any identifiable impact of these restrictions since most women pay out of pocket already," Nash said by email.

A Guttmacher analysis in March said about 60 percent of privately insured abortion patients pay out of pocket, because their policy doesn't cover the procedure or because deductibles are high. But many women who get abortions are too poor to afford private insurance.

Nancy Northup, president of the New York-based Center for Reproductive Rights, depicted the insurance bans as "a shocking infringement" on women's right to opt for private insurance to cover a legal medical procedure. In cases where a woman opts for an abortion after detection of a severe fetal abnormality, the costs can run into the thousands of dollars, she said.

The insurance bans also have been criticized by the American College of Obstetricians and Gynecologists, which says insurance coverage of abortion should be comparable to that of other essential health care services.

Sign up for the AP's weekly newsletter showcasing our best reporting from the Midwest and Texas: http://apne.ws/2u1RMfv