LAKE MARY, Fla. - Fall may be making a grand entrance in Central Florida toward the end of the month and right on cue.

While it's still a couple of weeks away, forecasters said cooler, drier conditions could be on the way to Central Florida.

"Next Wednesday is the first day of autumn, and long-range computer models suggest we may indeed see our first noticeable cold front during the last week of September," said FOX 35 Storm Team Meteorologist Brooks Garner.

But don't get too excited.  Garner added that there will be several days ahead of the cold front with late-day storms and daytime highs in the 90s, typical of late summer in Central Florida. Also, forecasters said the cooldown will be short-lived.

"In about two weeks, drier air may surge south allowing overnight temps to fall into the 50s and low-60s, followed by highs in the mid-80s," Garner explained. "It's not going to be jacket weather [during the daytime] but it's certainly going to feel a lot better if you're tired of this tropical humidity." 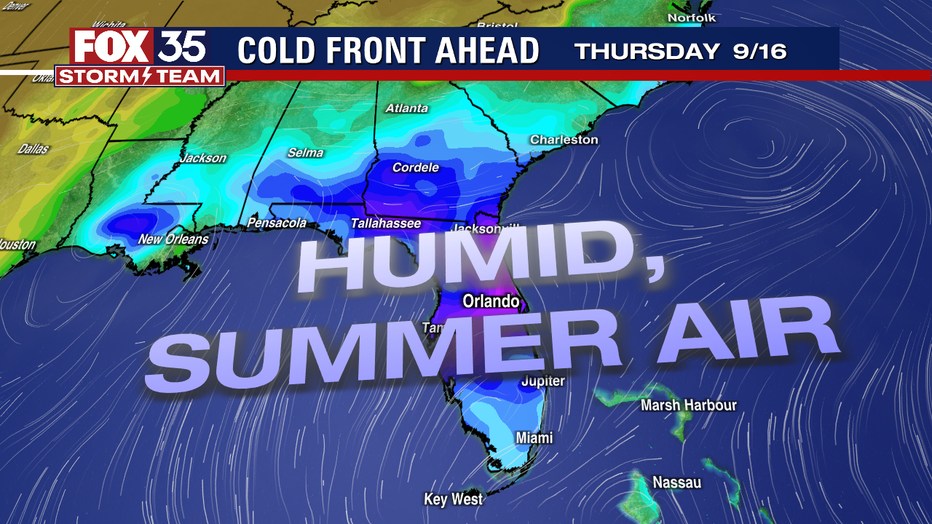 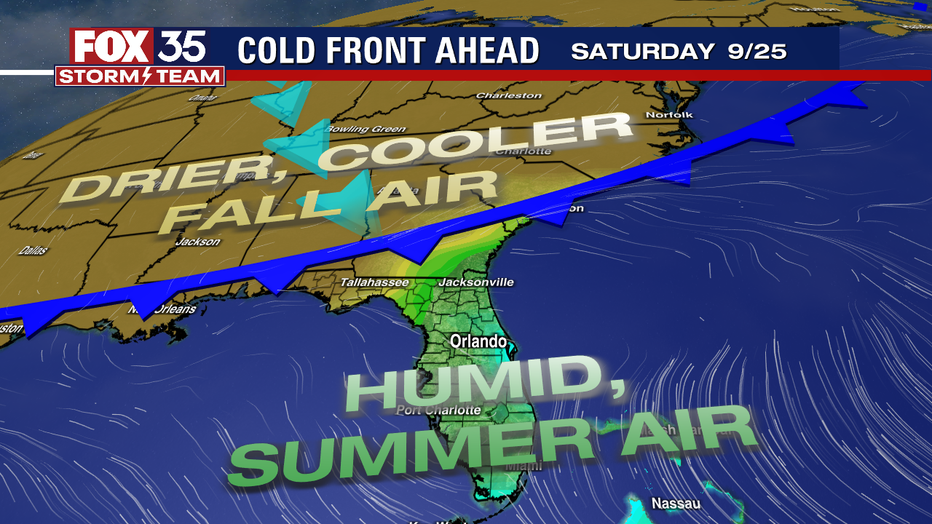 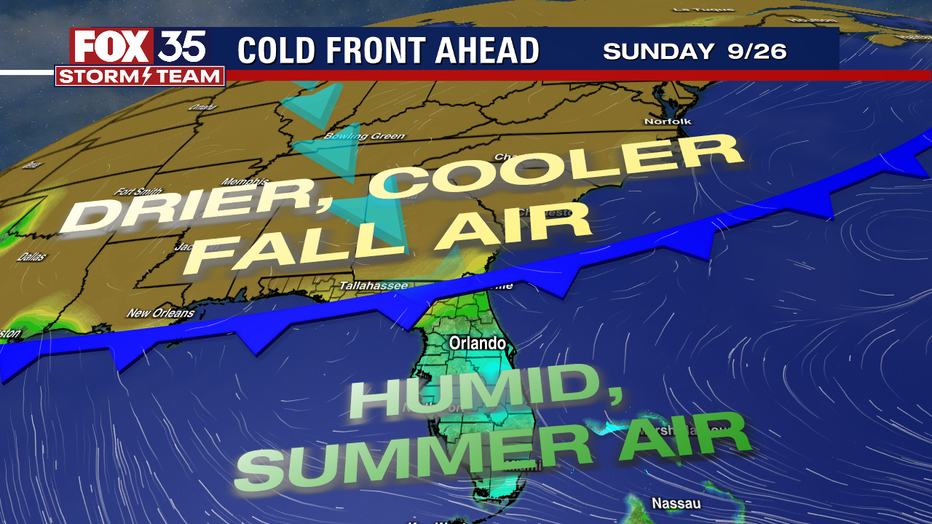 Many newcomers to Florida often want to know when do cooler temperatures typically arrive after our brutal summer heat.

According to the National Weather Service (NWS), most of Central Florida experiences some short-lived cooler air in mid-October, lasting only a day or two. For the most part, it takes until November before low temperatures fall into the mid-50s north to lower 60s south on a consistent basis, according to forecasters.