Two 15-year-old boys were arrested after deputies say they shot another teen in the face and stole his car after an argument in Deltona.

DELTONA, Fla. - Two 15-year-old boys were arrested after deputies say they shot another teen in the face and stole his car after an argument in Deltona.

Deputies say the shooting happened on Thursday night in the area of Wilmington Drive and Tivoli Drive. The crime was initially reported as a man hit by a car.

When deputies arrived, they say they found the 18-year-old victim had been shot in the face but was up, walking, and able to speak.

2 teens arrested for shooting another in the face in Deltona, deputies say

Two 15-year-old's have been arrested after Volusia deputies say they shot another in the face.

"The victim told deputies and witnesses he was shot, and his car was stolen. He was transported via ambulance to an area hospital for treatment of life-threatening injuries, and is expected to survive," the Volusia County Sheriff's Office said.

The victim's car was found abandoned one street over from the scene. 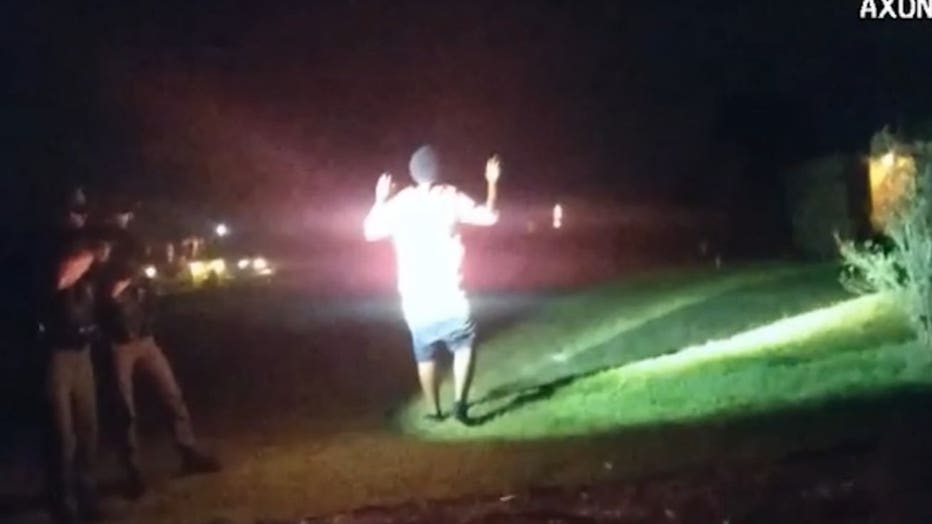 K-9 units tracked the suspects to Abeline Drive where deputies found one of them in the backyard with no shoes on. A pair of slippers were reportedly left behind at the scene of the shooting. Deputies also located the second suspect.

Detectives say the boys went to purchase drugs from the victim. An altercation broke out, leading to one of them shooting the victim before getting into the victim’s car and driving away.

Both teens are facing several charges including attempted felony murder, aggravated battery with a deadly weapon, and carjacking with a firearm.

MORE NEWS: Ponce Inlet grandmother killed by woman who 'claimed to be God'

They were taken to the Department of Juvenile Justice, where they were being held in secure detention Friday.

According to deputies, this is not their first run-in with the law. They say both boys were each 13-years-old when they and two other juveniles committed an armed home invasion at an apartment in Port Orange.