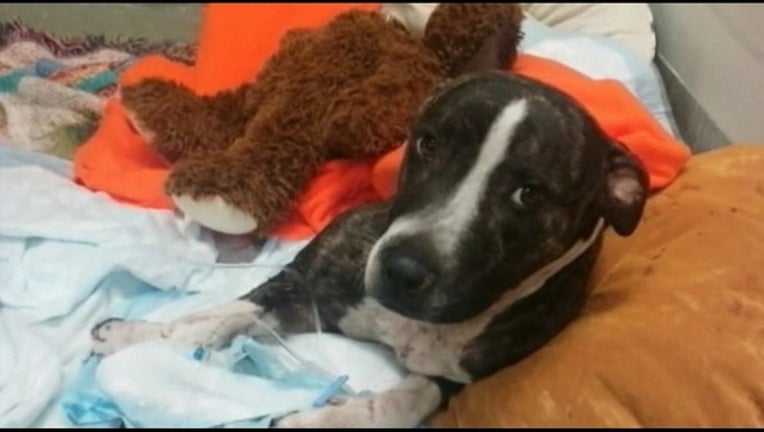 TAMPA, Fla. (AP) - A Tampa Bay area teen has been sentenced to 7 months in county jail for shooting a dog and tying it to a set of railroad tracks back in March.

A Hillsborough County judge sentenced the 17-year-old boy on Wednesday after he pleaded guilty to aggravated cruelty to animals, armed trespassing and being a minor in possession of a firearm. He's already spent more than 6 months in jail and will get credit for time served.

The 2-year-old pit bull mix, later named Cabela, survived the shooting and has since been placed with a foster family.

The teen sentenced Wednesday shot Cabela three times after tying her leash to a pole next to the railroad tracks in Sulphur Springs, just north of Tampa.

The other teen faces trespassing charges.