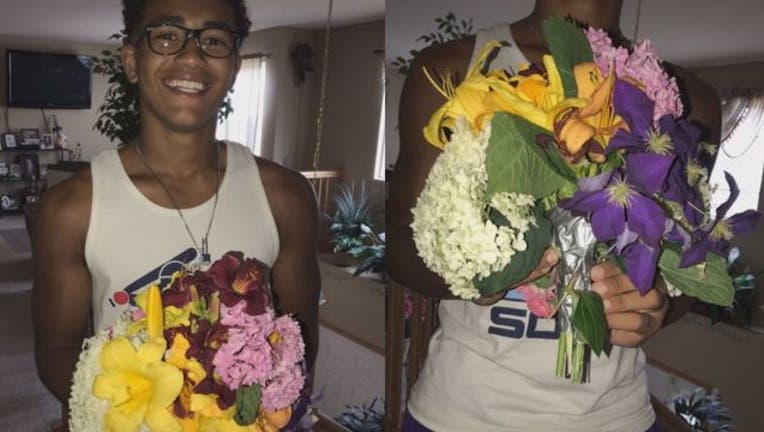 A teen unable to afford a bouquet for his girlfriend's anniversary gift clipped flowers from his garden instead.

Our hats go off to 17-year-old Zach for showing the internet that love doesn't cost a thing! And his sweet gesture went viral too-- totally unplanned!

It's natural to want to buy nice things for your significant other but sometimes money can be an issue. But for some, like Zach, it's never a problem.

Zach and his girlfriend Samantha,18, were approaching their two year anniversary as reported by Buzzfeed-- so cute-- but with sports and school consuming Zach's time, funds were a bit tight.

Nevertheless, he still wanted to do something special for his favorite gal.

So he seized the opportunity to personally clip flowers from his garden and a nearby field. Of course he only picked the prettiest ones! And to seal the deal, he duct tapped the "ratchet bouquet"-- perfection!

Samantha tweeted pictures of her beau and the flowers. The caption read, "He said "I'm so broke so I went around cutting flowers to make you a ghetto bouquet."

Naturally, social media lost it! Because sure you can buy any old bouquet but chances are it's not wrapped in love aka duct tape.