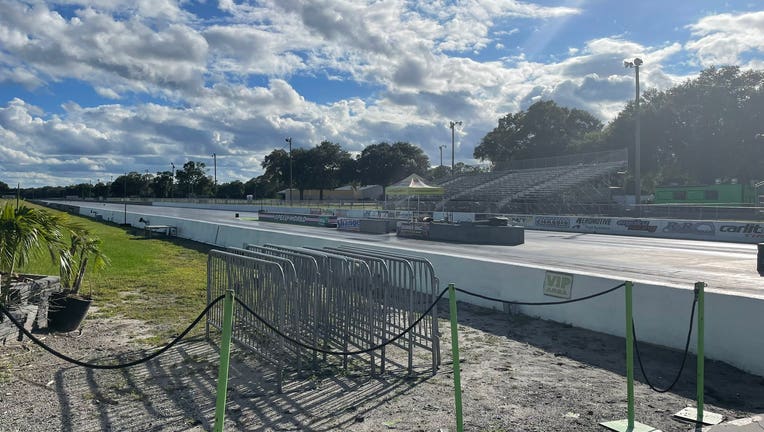 ORLANDO, Fla. - The Osceola Sheriff says an event that has been taking place at Orlando Speed World during the last month to curb street racing, is making a big difference.

The Take it to the Track idea was launched in September.   Sheriff Marcos Lopez said it was a way to offer a safer, more controlled alternative to illegal street racing.

The sheriff has been "taking it to the track" with his own race car, hoping other street racers follow his lead.

Sheriff Lopez says he got the idea after a woman and an 11-year-old girl were earlier this year when the SUV they were in was struck by an illegal street racer.

"It was a woman who lost her daughter. And a daughter who lost her mother. It just motivated me and we’re using that as a message to let people know, hey people lost their lives because of street racing."

The Take it to the Track idea is putting a dent in racing in another county.

"I was talking to some Orange County Sheriff’s they said the usually Thursday nights the usual hot spots haven’t been as crowded and they had a larger turnout at that track with motorcycles than normal."

Bicyclist Jill Forbes was killed along East Colonial drive over two weeks ago. Investigators say street racing is to blame. Her friend Bernice Bennett said, "the bike was in a million pieces. I’ve never seen a bicycle in a million pieces like that."

Sheriff Lopez says he has written thousands of citations for street racing and that’s why he decided to take it to Orlando Speed World's quarter-mile track.

Racer Devin Auer was there for the very first event.

"I’m trying to do my part. I still go out to car meets but we tell those guys to calm it down."

Sheriff Lopez says he plans to do the event again in the future.