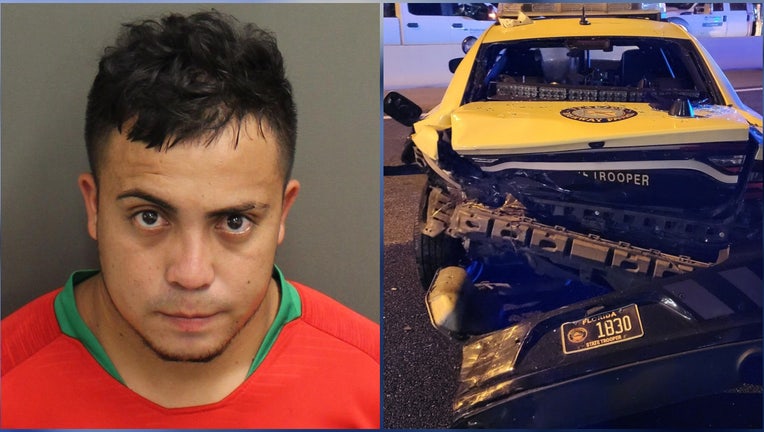 ORANGE COUNTY, Fla. - A suspected DUI driver was arrested for slamming into the back of a marked Florida Highway Patrol car early Thursday, according to troopers.

Troopers said Rodrigo Alexander Robles-Perez, 24, of Orlando, was driving a Nissan westbound on SR-408 when it crashed into the trooper's patrol car.

In a news release, authorities said the trooper's car was parked at the time of the crash for a lane closure on SR-408 and had its emergency lights on for the lane closure.

The trooper – a 44-year-old Orlando man – has minor injuries.

Robles-Perez was reportedly not hurt in the crash. He was arrested on a charge of DUI and for not having a driver's license. Troopers said he took a breathalyzer test and blew .221 – more than two times the legal limit in Florida.