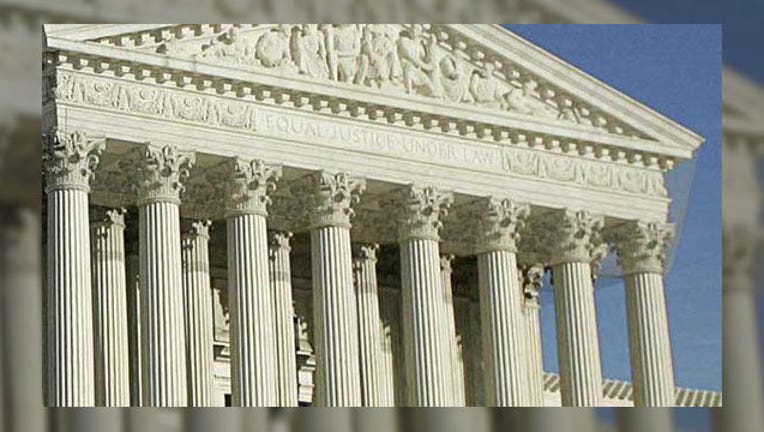 WASHINGTON (AP) - The Supreme Court said Tuesday it will decide whether families of Mexican teenagers who were shot to death by American border agents can sue for damages in U.S. courts.

The justices said they will hear arguments in the fall in a case from Texas involving an agent who fired shots across the U.S.-Mexico border that killed a 15-year-old boy.

The outcome will also affect a second case from Nogales, Arizona, where an agent fired shots that struck a 16-year-old boy in Mexico approximately 10 times, killing him. The Border Patrol agent in that case, Lonnie Swartz, has been acquitted twice of fatally shooting Jose Antonio Elena Rodriguez in October 2012. Prosecutors said last year they would not seek a third trial. The teen's family sued for damages, and lower courts let the lawsuit go forward.

In the Texas case the justices will hear, courts came to the opposite conclusion in dismissing it. Precisely what happened there in the cement culvert that separates El Paso, Texas, and Ciudad Juarez, Mexico, in 2010 is in dispute, although that won't factor into the court's legal decision.

The family of Sergio Adrián Hernández Güereca has said he was messing around with his friends, playing a game in which they ran down the culvert from the Mexican side and up the American side to touch a fence. Mesa arrived on a bicycle and detained one person while the others scampered back across the culvert. He then shot Sergio as the boy ran, hitting him in the head. Mesa and other agents who arrived on the scene rode away on their bikes, without checking on the boy or offering medical aid, the family has said.

The U.S. Border Patrol agent, Jesus Mesa Jr., says he fired his gun because he was being attacked by people throwing rocks on the Mexican side of the border.

The Supreme Court heard arguments in the case once before, in February 2017, when the court was still down a justice following the death of Justice Antonin Scalia and before the confirmation of Justice Neil Gorsuch. The eight justices sent the case back to a lower court for additional proceedings.

When the court heard the case initially, the Trump administration, like its predecessor, argued that the location of the teen's death, in Mexico, should end the case. It said the right to sue in U.S. courts "should not be extended to aliens injured abroad."