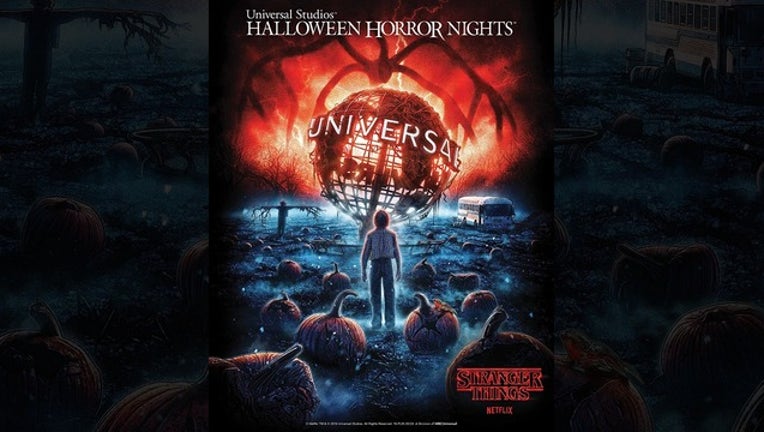 ORLANDO, Fla. (FOX 35 ORLANDO) - If you loved the 'Stranger Things' house at Universal Studios Halloween Horror Nights event last year, it's time to get hyped: the gang is coming back!

The company just announced that the uber popular Netflix series will once again inspire a house at their annual Halloween extravaganza this year in both Universal Orlando Resort and Universal Studios Hollywood.

Last year, the 'Stranger Things' house was the most popular, maze, even though it only covered Season 1.

Universal promises that this year's all-new, chilling maze will pick up where the last one left off by "continuing the suspenseful storyline where a predatory entity terrorizes the small town of Hawkins, Indiana, and delving even further into the parallel universe, referred to as the Upside Down," according to a Universal press release.

Fans of the show will be excited to know that the maze this year will cover Season 2 and will then leap forward to 1985 for Season 3.