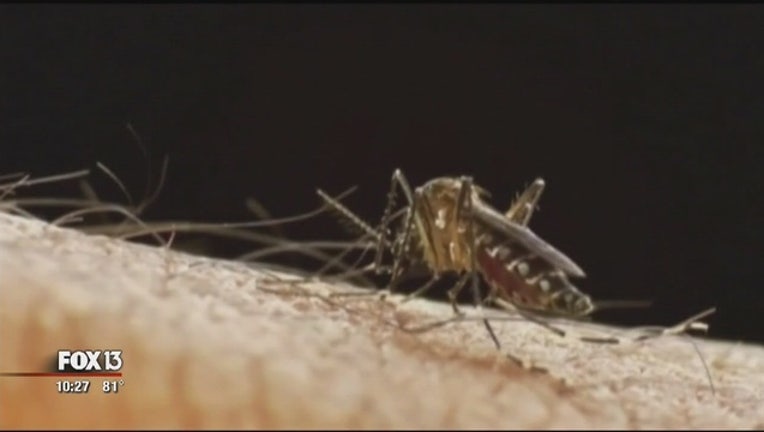 ORLANDO (NSF) - Florida's largely dry conditions, which might appear to be more conducive to wildfires, shouldn't be seen as a reason to reduce vigilance in preventing the spread of the mosquito-borne Zika virus.

So far this year, Florida has had 50 cases of “travel-related” Zika --- people infected elsewhere who brought the disease into the state. That lags behind where Florida was at this point in 2016.

But last year's outbreak didn't explode until July and August. And state Surgeon General Celeste Philip warned Tuesday that little water is needed for mosquitoes carrying the disease to survive and breed.

“These types of mosquitoes like to live close to people, so some of the factors regarding precipitation and heavy rains are different,” Philip said. “We are still concerned that a small amount of water, say a bottle cap, is sufficient for breeding to occur.”

Also, the warm winter may have aided the survival of many of the eggs from the type of mosquito that carries the virus.

“We all have to be part of this,” Scott said. “No standing water. Wear bug repellant. Wear protective clothing.”

Florida, which put up $61 million in responding to the emergency in 2016, reported 284 locally transmitted cases of the virus last year, with another 1,099 cases classified as "travel related," according to Department of Health numbers.

The money helped the state beef up its research and prevention efforts by hiring more scientists and expanding its lab-testing capacity, Philip said.

Miami-Dade County was the focus of much of the state's efforts last year to combat Zika, which is particularly dangerous to pregnant women because it can cause neurological defects in developing fetuses.

Four sections of Miami-Dade --- Wynwood, Little River and two areas of Miami Beach --- were identified last year as Zika zones due to locally spread Zika. The designations by the Centers for Disease Control were all lifted before the year ended.

The South Florida county again tops the list with 19 cases this year, followed by 12 in Broward County and three each in Hillsborough, Palm Beach and Orange counties.

“Travel related” cases have also been reported in other areas of the state, including Polk, Walton, St. Johns, Monroe, Collier, Franklin and Indian River counties.

“As long as there are Zika cases anywhere else in the world, as long as we have as many travelers as we do, we have to be vigilant and proactive,” Philip said.