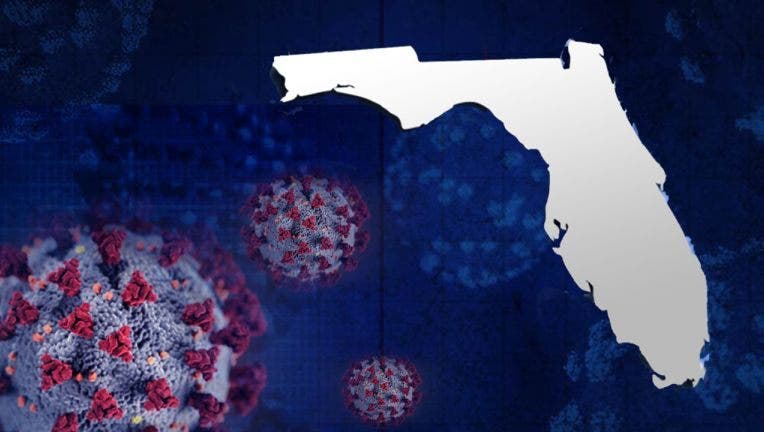 TALLAHASSEE, Fla. - The Florida Department of Health is trying to scuttle a public-records lawsuit seeking information about COVID-19, arguing that requested reports don’t exist and that the underlying data is confidential.

Attorneys for the department filed two motions Friday in Leon County circuit court arguing that a judge should reject the lawsuit, filed last month by the non-profit Florida Center for Government Accountability and state Rep. Carlos Guillermo Smith, D-Orlando. Several state and national news organizations have intervened in the case to back the plaintiffs.

The state until early June posted on its website daily reports that provided extensive data about issues such as cases and deaths, with information also broken down by county. But Gov. Ron DeSantis’ administration halted the daily reports in June and shifted to posting weekly information that is far less detailed.

Smith and the Florida Center for Government Accountability made public-records requests in July and August seeking daily information about COVID-19 cases, positivity rates, hospitalizations, deaths and vaccinations. They filed the lawsuit after the department denied the requests.

In the motions Friday, the department’s attorneys argued, in part, that the state does not generate the reports requested by the plaintiffs and, as a result, cannot be required to provide them.

"(The) plain language of Chapter 119 (the state public records law) makes clear that there is no obligation for a public entity to create or otherwise compile public records not routinely developed or maintained by the entity," a motion to dismiss the case said. "Rather the decision to do so is inherently discretionary and cannot be the basis for liability under the Public Records Act."

Also, the department’s attorneys contended that the underlying information, which health-care providers and laboratories submit to a state database, is confidential under another law and that the surgeon general has discretion about releasing the information. Newly appointed Surgeon General Joseph Ladapo doubles as secretary of the Department of Health.

"To be sure, the department is a custodian of raw, granular data relating to COVID-19 cases and outcomes in the state of Florida," said a motion for summary judgment filed by the department’s attorneys from the Tallahassee firm Ausley & McMullen. "That data meets the definition of a public record. However, that data, in any format, is confidential and exempt from public disclosure in the absence of a determination by the state surgeon general that specific disclosures of the confidential data are necessary."

"No public records law exemption applies that would prevent the inspection or copying of the records sought by plaintiffs," the lawsuit said. "The exemption set forth (in a section of law cited by the department’s lawyers) specifically states that records are "to be made public only when necessary to public health.’ The department previously released and published on a daily basis the very information sought by plaintiffs. Additionally, the department and governor have recognized that the need for the public to be informed about the virus’ spread is critical to ensuring public confidence in COVID-19 mitigation strategies."

The lawsuit alleges that the department violated the public-records law at a time when the delta variant of the coronavirus caused cases, hospitalizations and deaths to surge.

"Due to the highly contagious nature of COVID-19 and its ‘continuing threat’ to Floridians, records revealing information about its impact, prevalence and fatality is of obvious public importance," the lawsuit said. "Floridians have an immediate need for access to information about the virus and its impact and spread in particular communities. This information is vital to the ability of citizens to understand the risks and make informed decisions about their lives. The purpose of this action is to obtain critical records that the department previously published daily on its website so that the public will have knowledge of and the ability to scrutinize their government’s response to the rampaging virus. This is the paramount goal of open government laws."

Circuit Judge John Cooper scheduled a hearing to start Wednesday in the case. But the plaintiffs filed an emergency motion for a continuance Friday afternoon because of a death in the family of lead attorney Andrea Flynn Mogensen. An online court docket did not indicate Saturday how the case will proceed.