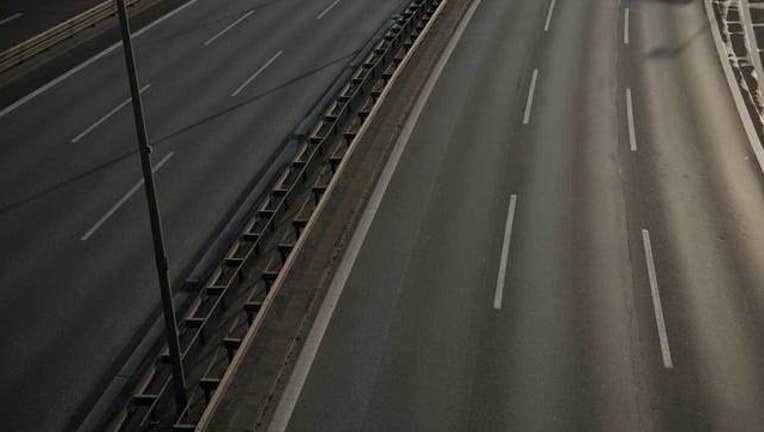 An empty city highway is pictured on August 3, 2017 in Berlin, Germany. Germany's car industry faces existential crisis after the emissions scandal and a cartels investigation. (Photo by Steffi Loos/Getty Images)

CENTRE, Ala. (AP) - These chicken tenders aren't for pick-up.

An Alabama sheriff's office is warning people against eating chicken that tumbled on to a rural highway after a truck wreck.

An 18-wheeler crashed on Alabama 35 on Sunday, spilling boxes of chicken tenders in Cherokee County near the Georgia line. Motorists began stopping to pick up the food, which authorities say created a traffic hazard.

The Cherokee County Emergency Management Agency posted a notice on its Facebook page asking people to quit picking up the chicken. The notice says the food isn't safe to eat after hours on the ground.

The post also says the situation was creating a traffic hazard and it's a crime to block traffic. Violators could face charges.

The sheriff's office says a wrecker crew was on the scene Monday cleaning up the mess.