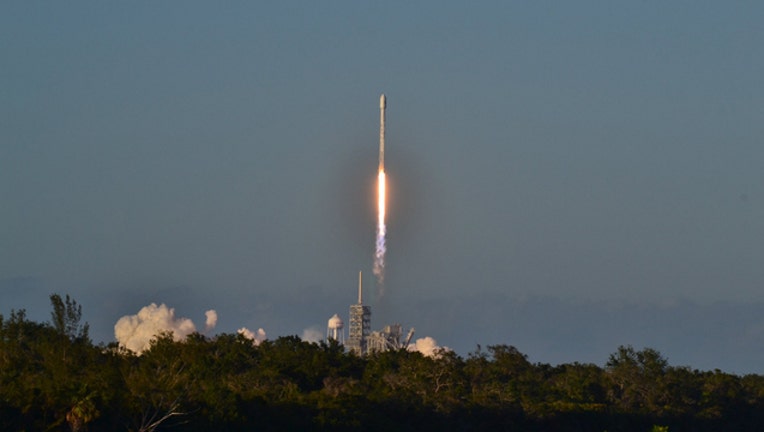 CAPE CANAVERAL, Fla. (WOFL FOX 35) - SpaceX has successfully launched a Falcon 9 rocket carrying a communications satellite. This satellite, known as the I-5 F4, is the fourth satellite in the fifth-generation fleet of satellites designed by Inmarsat of London.

SpaceX had not planned to recover the spent booster after it delivered its payload, because its weight -- 13,000 pounds --  which requires far too much fuel and would make a landing attempt too difficult, the company said.

This launch was rescheduled from its original date of April 30th.