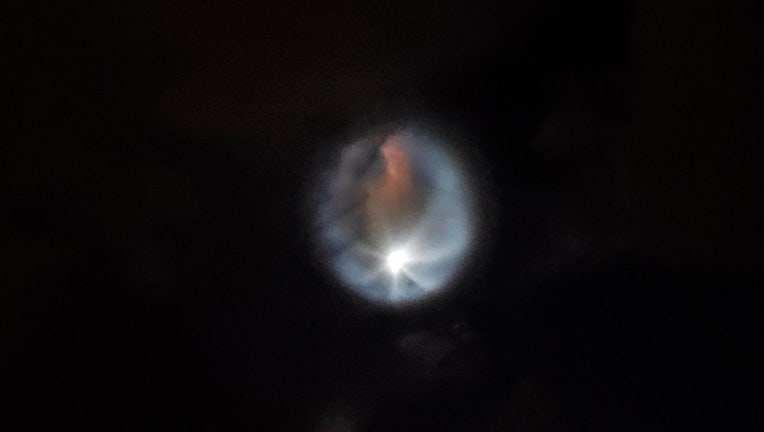 CAPE CANAVERAL, Fla. - If you were up early to watch SpaceX's Saturday morning launch, you may have seen those extra treats that the rocket left behind in the pre-dawn sky.

Twitter user @SpaceAsylum1961 was watching and snapped some photos that could almost make you believe that aliens were about to pay Earth a visit.

"SpaceX Starlink launch! My first time seeing stage separation! It was quite magical!" she tweeted.

Eric Palazolo shared his photo with FOX 35 News that resembled what it would probably look like if a spaceship tried skywriting. 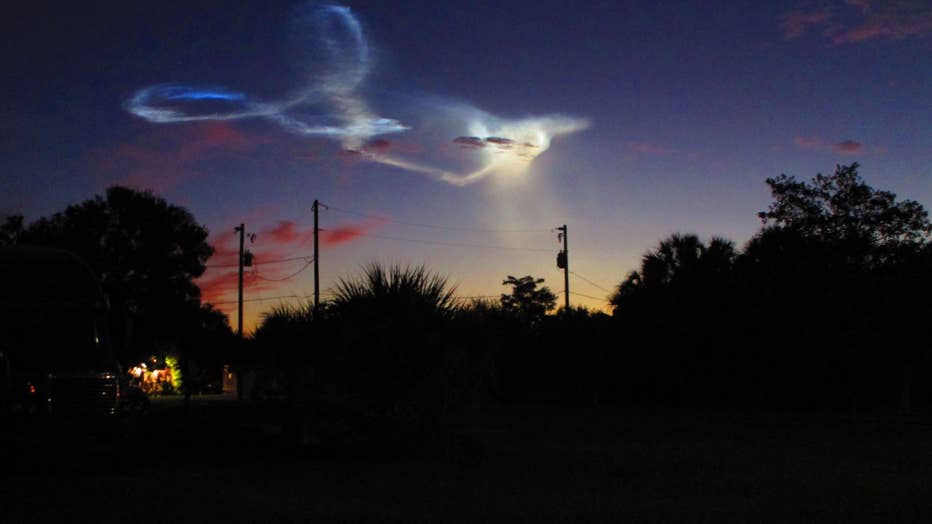 "Very cool #SpaceX launch! You can see the plume at the launch pad and the upper left is the alien cloud with the sun reflecting off the plume," wrote Twitter user Tom McCool.

So what causes this to happen?

According to SpaceWeather.com: "Water vapor in the rocket's exhaust crystallized in the high atmosphere, creating an icy cloud that turned blue when it was hit by the rays of the morning sun."

The rocket carried up 58 Starlink internet satellites and three of Planet's SkySats.

If you missed it, you can watch the launch HERE.