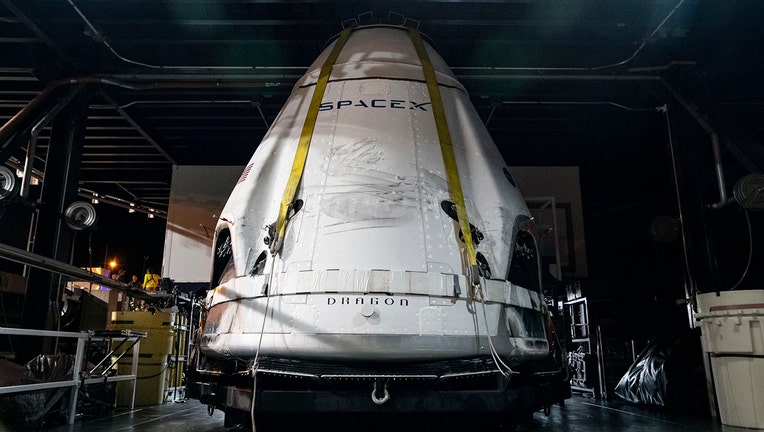 CAPE CANAVERAL, Fla. (AP) - SpaceX has completed the last big test of its crew capsule before launching astronauts within the next few months to the International Space Station.

The company founded and led by Elon Musk mimicked an emergency launch escape Sunday in the skies above Cape Canaveral, Florida. A Falcon rocket blasted off as normal, but just over a minute into flight, the Dragon capsule catapulted off the top with a pair of mannequins aboard.

The Falcon engines deliberately shut down, and the booster tumbled out of control and crashed into the Atlantic. The capsule, meanwhile, parachuted into the ocean. The flight lasted about nine minutes.  That capsule returned to Cape Canaveral on Monday.