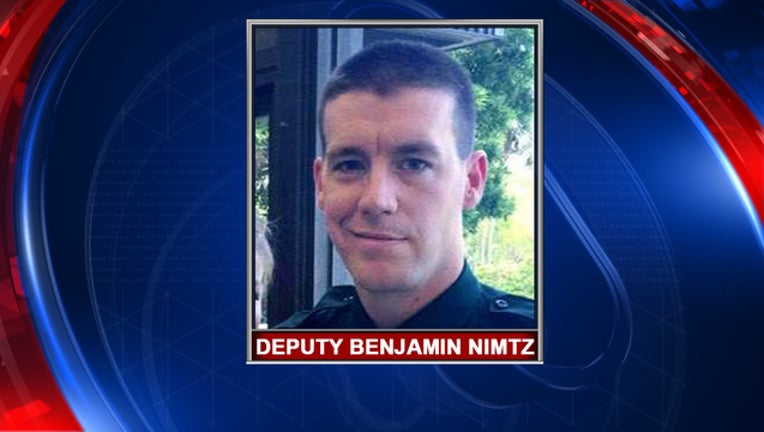 DEERFIELD BEACH, Fla. (FOX 13) - Authorities say the Florida sheriff's deputy killed in a weekend traffic accident had his lights and siren activated when he entered the intersection where the crash happened.

The Broward Sheriff's Office identified the deputy Monday as 30-year-old Benjamin Nimtz, who had been headed to a domestic violence call early Sunday in Deerfield Beach.

His SUV collided with a pickup driven by 32-year-old Darran Johnson, who suffered injuries that are not life-threatening. The sheriff's office says investigators believe Johnson was speeding, but no charges have been filed. The investigation is continuing.

Sheriff's officials say Nimtz had been with the department since March 2018.

WSVN-TV reports that Nimtz was an Army veteran and, according to the president of the BSO Deputies Association, he was three shifts away from moving to Indiana with his family.

Information in the Associated Press was used in this report.