One South Carolina state representative is hoping to put a new law into place that could punish "porch pirates" with up to 15 years of jail time.

Rep. Cezar McKnight introduced a bill in January which is a softened version of his original bill, introduced in 2019.

The 2019 bill, known as the Defense Against Porch Pirates Act, could give a person found guilty of the crime a minimum five-year sentence with no probation or parole. But some legislators found the sentencing parameters to be a bit harsh, according to McKnight. 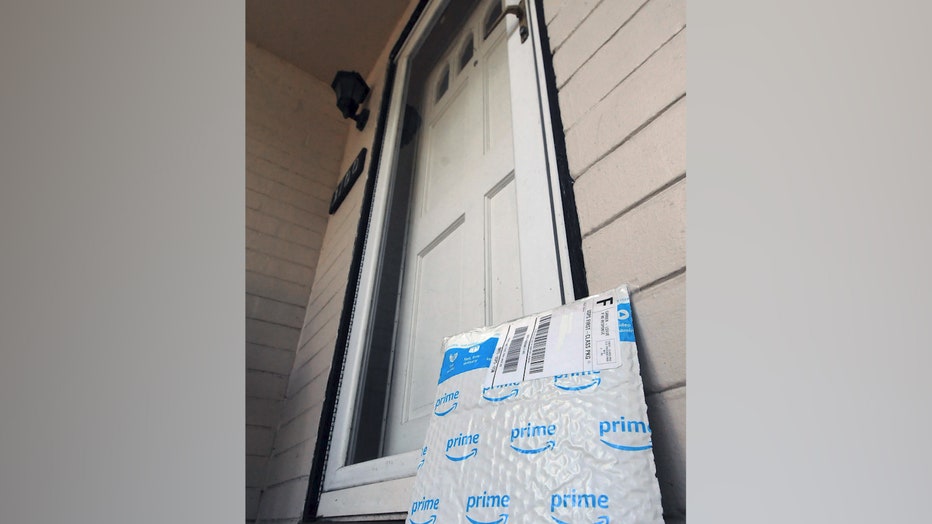 FILE - An Amazon Prime package is seen on a porch in this photo illustration on Amazon Prime Day, July 16, 2019, in Orlando, Florida.

"One legislator seems to be soft on crime but when someone comes to me and asks me to compromise, I can," McKnight said.

The reworked 2021 bill states that a "person who violates the provisions of this section is guilty of the felony offense of package theft and, upon conviction, must be fined not more than five thousand dollars."

McKnight noted that a perpetrator's sentence could be anywhere between 0-15 years.

"They asked, ‘what if it was a homeless person?’ That shouldn’t matter," McKnight said. "You’re worried about protecting the perpetrator? What if it was your grandmother’s medication that was being delivered?"

The current porch piracy bill was adjourned during a subcommittee debate, but McKnight believes it’s something most people can rally around. He expects his bill to make it to the floor by April if everything goes as planned.

McKnight said he believes a resident should feel confident that whatever packages they have delivered to their home will still be there if the owner cannot immediately bring it inside. Anyone willing to violate boundaries and walk up to a person’s home and take what they want should be met with consequences, according to McKnight.

"People need to feel safe in their homes," McKnight stressed. "Home is more than just the confines of your house. It’s everything around it."

And while McKnight said he has never been a victim of this sort of crime, he understands that the community needs protection.

"No one has ever stolen from me but that’s because I can have my packages delivered to my law practice," McKnight said. "But most people don’t have that luxury, so they need to have at least some confidence that what they purchase online or anywhere else, it can be sent safely to their home."

As online shopping becomes the dominant source for consumers to get their products conveniently delivered to their homes, porch piracy has increased.

A few other states already specifically made stealing packages off porches illegal with its own punishments. In Texas, it is a felony with a maximum of 10 years in prison if someone steals from more than 30 addresses. Oklahoma, Michigan and California have laws that make a first offense a misdemeanor.