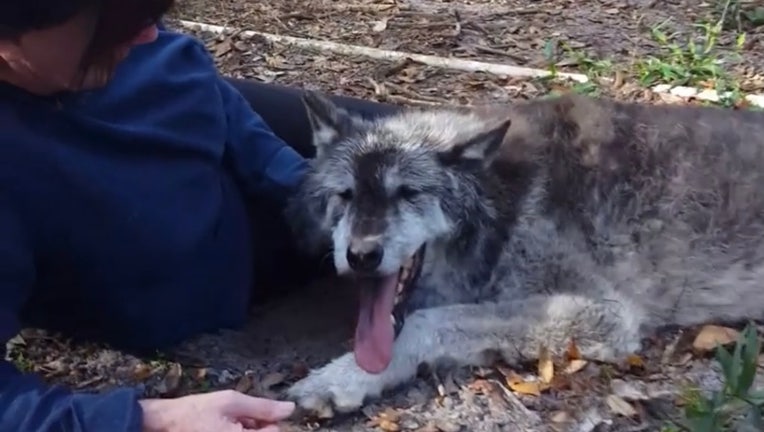 NAPLES, Fla. - The owner of Big Oak Wolf Sanctuary is blaming fireworks set off on New Year's Eve for the death of one of its rescued animals.

The sanctuary, located in Northeast Florida, said in a Facebook post that Solomon, "one of the most awesome and beloved wolves we've ever rescued here," passed away on New Year's Day.

"He had a massive stroke, paralyzing the entire lower half of his body and gradually shutting down the rest of him," the sanctuary wrote.

Big Oak Wolf Sanctuary says that for over 6 hours, fireworks were being set off that sounded like a "war zone", with "some were so powerful that they even shook the house when they exploded and there was nothing we could do about it but pray our animals would survive it."

John Knight, the owner of Big Oak, told News4Jax that Solomon was an older wolf and was sensitive to loud noises. The fireworks, Knight says, caused Solomon's heart rate to soar.

The sanctuary says this is the second consecutive year that fireworks have killed one of their animals.