Surveillance video from the Kelly’s Homemade Ice Cream in Windermere shows a man smashing, even kicking their door to break into the place Friday.

ORLANDO, Fla. - Surveillance video from the Kelly’s Homemade Ice Cream in Windermere shows a man smashing, even kicking their door to break into the place Friday.

In another from their shop on Corrine Drive in Orlando in November, you can see two guys walking with a crowbar and hammer before ransacking the office.

"They’re in and out in under two minutes. They find the cash right away," said owner Kelly Seidl.

Kelly and Scott Seidl say after three burglaries at their shops in five months, they made the decision this weekend to go completely cashless.

"We make ice cream. We just want to make people happy and its really frustrating, and it’s hard to move on from it. It’s draining having it happen and over and over," Kelly Seidl told FOX 35 News.

Eden’s Fresh Company in Winter Park has also decided to go cashless after being burglarized a few days ago.

"The only thing to do is take what they’re after out of the store. They’re not after black beans, so I’ll take away all the cash," said owner Brian Certo. 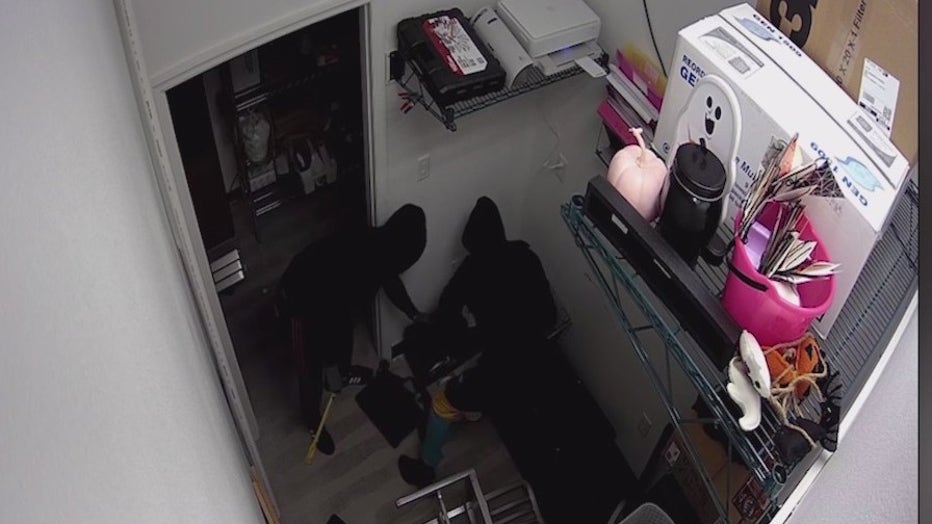 The local business owners say the cleanup often costs more than the money that’s stolen. The culprits smash their way into the stores and leave behind a trail of destruction.

That’s why they hope new "cashless" signs a message to the criminals.

"We’re hoping that the signs on the door will stop them from even smashing the glass," Scott Seidl said.

Both Kelly’s and Eden’s owners say only about 10 percent of their business was cash anyway.

A lot of businesses ramped up their cashless transactions during the pandemic.