The new babies were born at the Zacango" Ecological Park on August 13 to lion parents "Barbara" and "Popeye."

"The arrival of the emblematic felines was supervised by veterinarians and animal welfare promoters from the Subdirectorate of Fauna Under Human Care, who, upon observing that the mother did not produce milk and failed to care for them, made the decision that they be raised by hand to keep them healthy and ensure their survival." 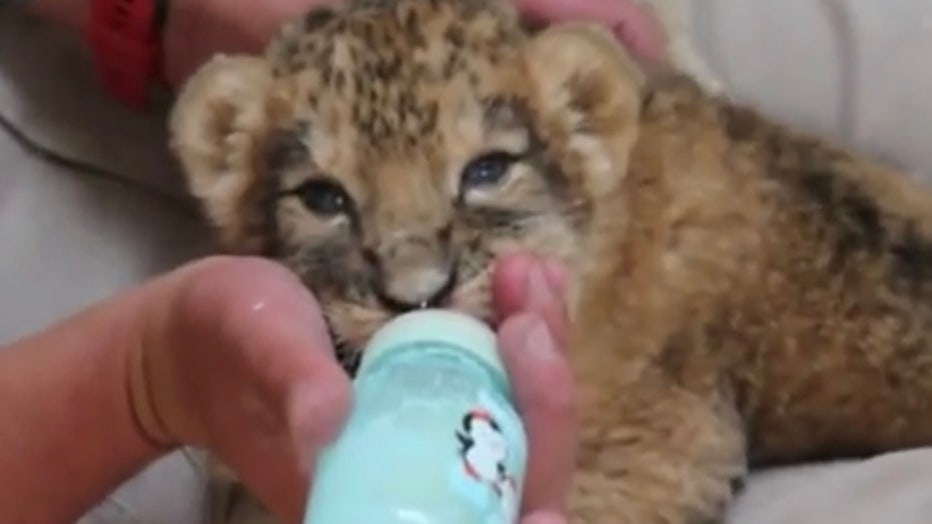 The cubs, two females and one male, don't have names just yet.

What makes this super special is that the birth of cubs has not been recorded at the zoo in nearly five years!

Zookeepers say the newborns and their parents are doing well.