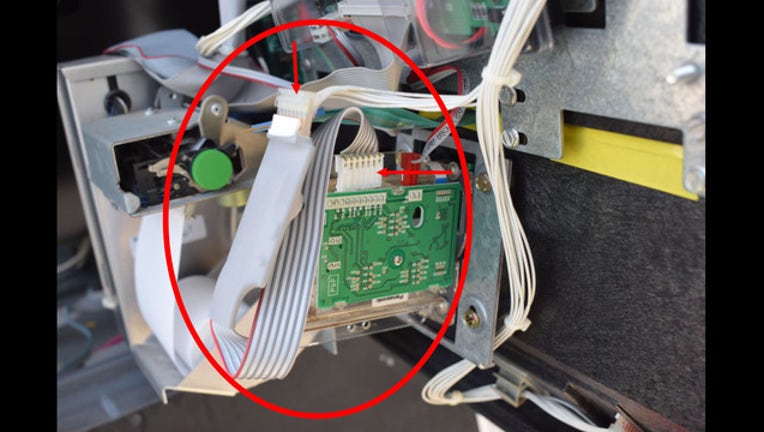 WINTER HAVEN (FOX 13) - Winter Haven police have found two skimmers at gas stations in the last three weeks -- one at the Circle K on 1st Street S and another on a pump at the Citgo station on East Central Avenue.

The pump has security tape on it, but it was damaged, showing the door had been opened.

Investigators say they don't know how long the devices were inside the pumps.